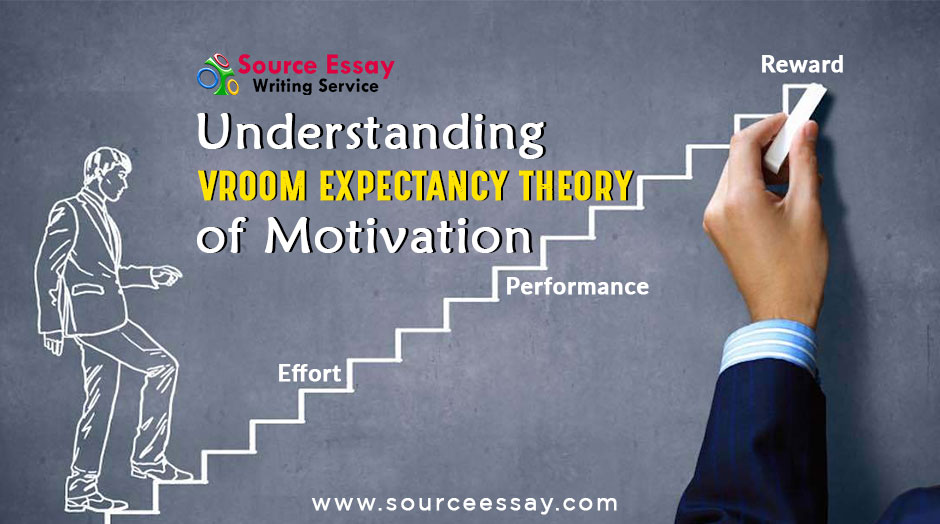 Victor vroom has contributed towards understanding the role of motivation in improving employee satisfaction. The theory was proposed in the year 1964 at the Yale School of Management. Vroom has focused on the outcome by mentioning that the intensity of a tendency to perform in a specific manner depends on the intensity of an expectation where the performance is followed by the particular outcome and appeal of the individual outcome. Author has mentioned that the individual motivation towards action determined by an individual perception which is certain type of action result into a particular outcome with personal preferences.

The theory based on the belief that motivation is identified in the specific behavior which results in specific results. It is determined by the desirability of the individual for the outcome. It is the cognitive process that how individuals process different elements of motivation. In the study of organizational behavior, the assignment writer has to understand the emphasis of need given by the author related to how rewards are perceived by the individual. It is the process of governing choices among alternative forms of voluntary activities. The expected result of the specific behavior leads to a desirable result. Motivation is the outcome of individual expectancy result in intended performance. Instrumentality is to achieving the particular result and desirability of the individual known as valence.

According to the Expectancy theory, employee motivation is the outcome attained from the individual need for reward, belief to increase the efforts for improving performance that is expectancy and belief that is known as an instrumentality, and valance is the importance of where the individual place upon the expected outcome.

Vroom’s expectancy theory assumes that behavior from conscious choices among the alternatives to minimize pain and maximize pleasure. The author has believed that employee performance is based on individual factors such as knowledge, personality, experience, skills, abilities, and experience. There is a relationship between performance, motivation, and efforts. The variables include instrumentality, expectancy, and valence is taken into account.

The model is a multiplier that provides in the form of the equation. All three variables provide high positive values to imply choices of motivational performance. If any variable is zero so the probability of motivated performance is zero.

It is also known as Effort performance probability. This is the belief of individuals for directing their efforts towards the completion of the task. It is the probability of specific action that is the perception in the mind to attain the outcome. There is an association among performance and efforts. It can be valued between 0 and 1.

It is defined as the probabilities attached by the individual for the possible outcomes as the assigned probabilities to various levels of efforts lead to a distinct level of performance. Furthermore, it is the expectation and belief of an individual that their performance results in attaining specific rewards.

There are three relationships that are considered by the Victor Vroom theory:

For example, a financial bonus received by the employees against their performance results in an improvement in employee performance. You can take Essay writing Help from teacher, friend, books, and internet to improve the knowledge related to employee motivation.

According to Vroom’s expectancy theory, there are four elements including valence, force, instrumentality, and expectancy. The mathematical equation is (M) = Instrumentality (I) x Expectancy (E) x Valence (V). The theory considers the value of an individual on the estimated outcome. There are various elements that motivate the employees that vary from performance to reward expectancy, person to effort to performance expectancy, and reward valences. There is a correlation between performance and effort. The theory has focused on the level of employee ability by conducting various activities for motivating the employees such as conducting training and development programs, performance management systems, and reward systems.

There is a relationship between job satisfaction and employee performance. According to Vroom’s expectancy theory, the level of performance applies to the desired outcome, the opportunity for promotion, and pay rewards. The companies focusing on the annual bonus calculated based on individual performance. It is also determined by the business performance and target achieved by the company. There are intrinsic and extrinsic factors that need to be considered by the company for motivating the employee towards the attainment of business objectives. The motivated employee is the key to business success.

According to Vroom’s expectancy theory, there is a direct relationship between employee motivation and business success. The employees satisfied with an innovative workplace environment that motivate to provide innovative product and services. Employee rewards associated with employee performance that motivate the employee to attain business objectives. The implementation of the theory is beyond Maslow and Herzberg that can be used by managers for satisfying employee performance. The levels of expectation improve employee motivation. However, the individual is a rationale that makes decisions consciously. It is concluded from the theoretical point of view that the managers can use it for resolving complex employee motivation issues.