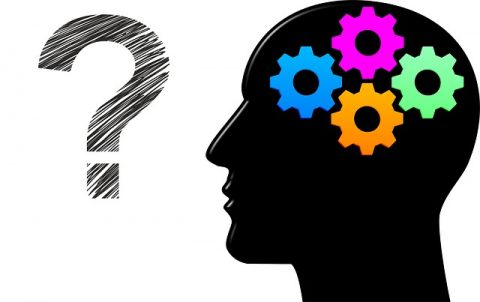 Psychologists from all across the globe conduct a number of experiments and formulate a number of theories to extend the knowledge of this field. There are many important concepts which are a part of this field and some of those concepts are cognition, id, ego, superego, emotions, thought processes, feelings, behavioral patterns, character traits, and many other concepts. And out of all those concepts, the concepts of cognition and psychological development are probably the most important ones. There are many theories which are related to cognition and psychological development. One such important theory is the social learning theory by Lev Vygotsky. This theory is also known as Vygotsky sociocultural theory. The Vygotsky sociocultural theory basically states the process which a child follows to develop psychologically in the context of his or her cultural surroundings. In this academic writing piece, all readers will be able to learn about the Vygotsky sociocultural theory. But before that, it is important to learn about Lev Vygotsky who gave this theory.

Lev Vygotsky was a Russian psychologist who was born on 17 November 1896 and he died on 11 June 1934 at the mere age of thirty-seven. According to him, if an individual wished to understand the complexities of a human mind then one must begin by looking at the genesis first. In the majority of the research work which was done by this Russian psychologist, he was focused on the study of the behavior of a child or an infant. He also focused a lot on the developmental concept of language acquisition in his theories. However, he was not always the proponent of developmental cultural psychology. Instead, he went on a rather reductionist instrumental psychology phase during the early 1920s. This eventually led this Russian psychologist to disagree with Piaget’s theory and he went on to give his own theory of development and learning.

There are many differences between Vygotsky sociocultural theory and Piaget’s theory. One of the major differences was that Piaget mentioned in his theory that egocentric speech eventually dissolves as one matures. But this Russian psychologist maintained the viewpoint that the egocentric speech does not dissolves but instead becomes internalized and is later known as the ‘inner speech’. It is also worthwhile to note that this Russian psychologist also rejected the views which were held by him during his ‘reductionist phase’ during the early 1920s. At the end of his career, he was focused more on the topic of adolescent development. One should note that the most important and famous contribution was made by this psychologist was regarding the developmental theory of ‘higher psychological functions’. In this theory, this Russian psychologist believed that the emergence of psychological development takes place through the unification of actions which take place within a socio-cultural environment and interpersonal characters. This theory is also known as Vygotsky sociocultural theory .

This Russian psychologist did not conduct a lot of research instead he believed that one should spend as much time as possible constructing the best possible theory which explains the procedure of knowledge transfer. And as it was mentioned above, the most famous theory which was given by this psychologist was the social learning theory. In this section, the readers will be able to learn about this particular theory. According to Vygotsky, the knowledge of a child is strongly affected by the knowledge of the culture in which he or she is present. He also believed that language is the one tool that is very important for acquiring social knowledge.

The Principle
There are two important principles of this theory. And those two main principles are mentioned below.

These are the two main principles.

The Key Concepts
According to this Russian psychologist, intelligence can be defined as the ability of an individual to learn when given the right sort of instructions. From this definition, it must be clear that here there is a clear requirement of another individual who will be able to give the right instructions to the child or the learner in question. He referred to this other more knowledgeable person as the MKO or the More Knowledgeable Other. It is important for an individual to remember that the More Knowledgeable Other could be a teacher, coach, expert, adults, parents, or any other guardian or professional. A more knowledgeable can also be other children, friends, or even computers.

This is also known as the present level of development. This is the level that basically describes everything that a child can do without any help from any other person.

This is also known as the potential level of development. And this is defined as the level which depicts what a child is capable of when he or she is provided the right kind of support, help, or guidance.

Another important concept in this field is of scaffolding. According to Vygotsky, an adult provides different levels of help. This help is constantly adjusted to allow the child to learn something. And this constant level of adjustment of help is known as scaffolding. These are all the key concepts of this theory.

Lev Vygotsky was a Russian psychologist who gave social learning theory. According to this psychologist, a child learns in the context of his or her social environment. Vygotsky further believed in developing theories instead of constantly conducting experiments. There are many key concepts in this theory which explains the process which a child follows to acquire knowledge. And some of those key concepts are the zones of proximal development, scaffolding, the levels of attainment of the zones of proximal development, and the concept of intelligence according to this Russian psychologist. There are many applications of this theory in the field of developmental psychology.