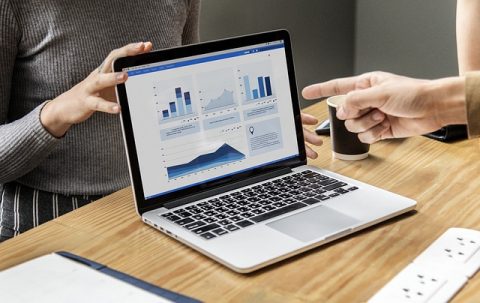 In January 1999, 11 European countries planned to denominate their currencies and choose a single currency. EMU (European Monetary Union) was established in 1988-1989 which paved the way to Maastricht Treaty in the year 1991.

As per the treaty, monetary and budgetary rules were formed for countries that planned of joining EMU; this came to be known as the convergence criteria. Euro system consists of ECB (European Central Bank) along with 11 other central banks. Majority of European countries had similar currency but with a vital difference; the members consisted of sovereign states that had their tax system; the domestic currencies got replaced to coins and notes (“The Greek Financial Crisis – FXCM UK”, 2019).

The Eurozone has to remain focused on economic remoulding so that it can maintain its financial stability since the European economy is gradually slowing down and Italy is slipping into recession. Though the Eurozone underwent significant reforms, it lacked the goals necessary for promoting jobs and growth, heighten economic stability and strengthening the value of the euro in the international market.

For the surveillance of the economic policies of the EU, the finance minister was formed for Eurozone. France displayed public deficit, which exceeded GDP by 3% and with the initiation of euro the GDP debt increased to 96%. The ULC’s (unit labour costs) included in the Eurozone have split from 1999. In the first ten years of EMU, the ULC of Germany increased by 14% while it deteriorated in France by 14% and in Italy by 23%.

The employment rate in Germany has decreased, but it has grown in France and Italy. The indicators like unemployment rates, balances in current accounts and per capita GDP also highlight lack of convergence and rise in macroeconomic imbalances (Pelagidis, 2019). Hence a minister to govern the economic and financial reforms of Eurozone became the need of the moment.

Germany and France lacked understanding; Germany stressed that all adjustments should be acquired from deficit countries while Italy and France viewed it as a project of risk sharing and solidarity (Pelagidis, 2019). For overcoming the lack of mutual trust and the differences in economic rules, the eurozone members needed to act based on specific functions.

The minister associated with the economic and financial reforms, structured the budget, revenues and expenses. He monitored the parameters related to the macroeconomic policy and was responsible for implementing reforms that were needed.

The minister will also manage the budget. The budget-related to euro area needed its specific stable resources; imposing uniform taxes on banks was another way of acquiring financial stability. Borrowing capability is essential, which would help to generate safer assets which are needed by Eurozone.

For economic reforms and to gain economic confidence, the euro area budget proposed scheme for providing benefits for compensating unemployment. Investment scheme has also been proposed for the member states which suffered asymmetric shocks.

The euro area is the only monetary union which lacks secured assets; hence, it has dangers of financial instability with abrupt blocking of sovereign finances. The cohesion fund was developed to secure the member states so that they can heighten their economic competitiveness. Eurozone does not, however, have to depend on third-party ratings; the ECB is well equipped to evaluate the sustainability of public debt.

The sovereign bonds or red bonds are considered highly risky, and the ECB would shun of accepting them. The ECB is regarded as the most independent of the central banks across the globe, which led Germany to take the euro. Financial stability of Eurozone is similar to its monetary policy and hence needed to be decided by an independent finance minister.

Greece joined Cyprus, Portugal, Spain and Ireland in matters related to standing on their own feet and bailing out from EU. Greeks are however not celebrating this matter, but they are reeling under substantial pension cuts, troubling unemployment levels and pay hikes.

The crippling austere livelihood has compelled hundreds of Greeks to emigrate, the elderly population is living below the poverty line, and the economy of Greece has shrunken considerably. The Greek people are facing pension cuts, and the taxes are the highest in the whole of Europe. The financial future of Greece is exceptionally uncertain; business in every field has suffered terribly.

After the severe economic and political uncertainty reduces and the productive base of the company stabilizes still it is difficult to cope with the losses incurred due to the crisis. The substantial wage cuts led to an increase in economic competitiveness; caused collateral damage and left workers with restricted power to spend (“The time is ripe for a European safe asset | Financial Times”, 2019).

Since exports contribute to the country’s growth rate, with the slow progress of the global economy; the exports of Greece can weaken. Hence the GDP can be increased with the help of direct foreign investment and domestic expenses. As regards the politics of Greece; it is still based on rent-seeking and favouritism; as the economic crisis made many people jobless; these unemployed citizens are planning of entering politics so that they can earn livelihood irrespective of their ideology and qualifications (“Europe’s Crucial Year: Will It Rise to the Challenge? – Knowledge@Wharton”, 2019). This poor quality of politics is further weakening the state affairs and is turning matters worse and disappointing.

The European Central Bank had lent 336 billion euros to Greece so that it can cope with the financial crisis and prevent defaulting of the national debt. Greece has suffered the most with the bailouts; the Greek government has implemented labour reforms, cut salaries, increased taxes and decreased benefits (“Greece exits its third bailout – but eurozone still has much to learn from the crisis”, 2019).

These difficulties have led to a worsening of the volatility of the capital market and the Greeks have become unhappy with the situations within the country. The economic condition of the country, however, showed improvement due to the retail sales and tourism; as tourists have been visiting Greece due to the turmoil in Turkey and the Middle East.

Some of the factors which have led to the financial crisis of Greece are inefficient tax accumulation system, the complex pension system, heightened fiscal numbers and widespread unemployment (“Greece exits its third bailout – but eurozone still has much to learn from the crisis”, 2019). The pension system of the country is intricate, highly expensive and has innumerable loopholes. The nation boasts of higher pension rates in comparison to other countries within the European Union.

Although the country faces fiscal challenges; the retirement age of the people is as low as 50 years which has impacted the labour market and led to further worsening of the situation by sending wrong impetus to citizens about the retirement age (“The time is ripe for a European safe asset | Financial Times”, 2019). This weaker job market has hampered the country’s tax base, which has led to the imposition of pressure on the revenue of the country which is responsible for paying the bills.

Greece has committed the grave mistake of hiding information about its financial status; for joining eurozone nations had to fulfill specific financial requirements which the country did not possess. The ECB declared that the Greece economy needed to work immensely. The bailout petition of 2010 needed Greece to make changes related to its heightening of fuel duties and freezing the payments of government employees.

The expenditure incurred by the government was cut by slashing jobs; this further created problems in the country’s economy by pinching money from the pockets of citizens. This situation led to a national strike involving thousands of Greek citizens (“The Greek Financial Crisis – FXCM UK”, 2019).

The Eurozone has successfully survived in spite of the bailouts and has tried to stay intact (“Europe’s Crucial Year: Will It Rise to the Challenge? – Knowledge@Wharton”, 2019).

Although there is a central financial authority that oversees the budget of all countries participating in the Eurozone; it should immediately form a banking union so that further crises can be prevented. The banking union is the immediate step to boost the confidence of the Eurozone and help it spontaneously absorb economic shocks which the Greeks have taught efficiently.