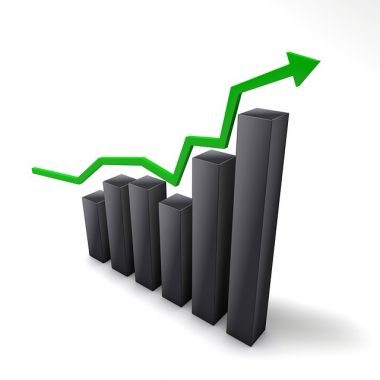 The US government in March 2018 started imposing several tariffs and quotas on the imports of aluminum products and steel from all countries except Australia. These tariffs were based on Trade Expansion Act, 1962, Section 232. Later on in July it imposed tariffs on specific products imported from China; this was done in retaliation to China’s refusal of changing the acts related to property rights which the US Trade Representatives believed was adversely affecting their companies and trade (Yeboah, Shaik & Agyekum, 2015).

Tariffs impact economic well being and can lead to overall loss in jobs and production along with lowering the income levels. In this article the impact of tariff imposed by the US government on its trade and economy has been discussed.

Based on the model of tax foundation the tariffs which have been planned and imposed by the US government can reduce GDP by 0.20% and wages will get reduced to 0.13% which will result in the elimination of nearly 155,878 jobs. Some countries have declared their intentions of imposing tariffs on US exports which will further decrease GDP and reduce jobs.

Imposing tariff has been known to reduce economic growth as the prices of products get increased. The imposition of tariffs will raise prices and decrease availability of products and services required by consumers and businesses of US; this will further result in decreased income and employment along with lowering the economic output (Segerstrom & Sugita, 2015).

After the US government applied its first tariffs on products imported from China, China in response to this announced the US products on which Chinese duties will be imposed when imported to China. The newly imposed tariffs have raised the average tariff rates of US from 1.5% to 2.6%. US is known to import $ 2.0 trillion- $2.5 trillion goods annually and a minimum of 1% increase in average tariff is calculated to impose $20 billion- $25 billion extra tariff on US importers.

The negative effects of increasing tariff are also evident on the export trends; responding to the tariffs implemented on aluminum and steel by US under section 232, China in April 2018 had started implementing new tariffs on products exported from US. This was followed by Turkey, Mexico, Canada and Russia.

In response to this China has threatened retaliation; this is estimated to impact US imports worth $291billion and US exports worth $145billion (Kehoe, Rossbach & Ruhl, 2015). For assessing the exact potential effects of tariff on US economy four scenarios have been discussed:

These tariffs have shown both positive and negative impact on the US trade and economy. Some of these impacts are:

These impacts are highlighted through the entire US economy; the US producers who won new sales were required to purchase more inputs related to production thus providing new businesses to their suppliers.

The higher costs of imports have immensely impacted the US companies; the purchasers who have to pay more for the product will tend to decrease their purchase and the decline in sales will lead to reduction in employment (Autor, Dorn & Hanson, 2016).

These employment cuts will decrease the consumer spending on goods and services; the expenses related to optional health care services will be avoided by the community. Thus the entire economy will be threatened. There was decline in the export of services and goods by 5.6% ($131.7billion) due to this tariff; the total US jobs have declined by 934,700.

Workers associated with steel industry have been considerably affected by this higher cost, but they have also benefitted from the protection received due to the tariffs which have cut the imports of China products (Beghin & Bureau, 2017). This has helped nearly 126, 900 workers gaining jobs.

The tariff imposed by the United States on aluminum and steel products, motor vehicles and their parts have had a negative effect on the overall economy of the continent. The retaliation of the trading partners has affected the hiring and purchasing decision. Overall it has been observed that manufacturers, service providers have experienced greater losses than profits; there are even cases of these tariff activities eliminating all the anticipated profits which could have been achieved due to tax reforms.