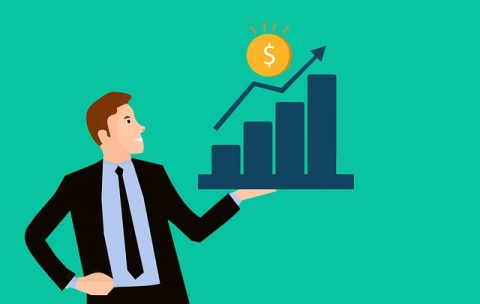 Majority of the countries in Europe have a considerably high GDP per capita and are perceived as exceptionally developed economies; for examples economies like Germany, France, Netherlands etc. In fact, the International monetary fund in its report in 2018 places most of the European countries in the advanced economies’ category whether it is in final domestic demand, stock building, or foreign balance. It is remarkable that most of these countries developed themselves post-communism mainly with European countries like Hungary and Latvia. These countries’ political and economic accomplishments have been in glaring contrast to the fiascoes seen in other post-communist countries. The most significant part in economic growth, however, is the economic interdependence between these European countries.

Economic interdependence and its importance
Progress cannot be achieved by being alone or restricting to a limited way of approaching preferred economic purposes and it shows to be accurate in the global economy as well. As more countries group together their bit of diverse limited resources and drive additional demand from their economies they do aid in lowering the wastage of resources. Needless to say, this really does synchronize with efficiently allocating these available resources too. The economic interdependence between countries is commonly assumed by the series of necessary elements like the exchange of goods and services then the flow of labor, capital, technology, and finally the flow of funds. The global crises of 2008 demonstrated the meaning of this interdependency between countries when it triggered the volume of international trade to fall by almost a quarter.  This had badly affected even the countries with a stable financial system. Coming to the first basic element of the exchange for goods and services (trade); it is definitely, necessary to trade in order to attain full benefit from the effective use of limited resources available. As economic progress takes place because of globalization, international trade is becoming ever more popular mainly when it comes to European countries. Exports and imports can even-out demand variations in the domestic economy, and growth through exports could escalate competition. Therefore trade permits businesses to break the boundaries of the domestic market, so reducing costs, improving quality and optimistically directing to higher sales and profits. Furthermore, this leads to the countries’ then helping even their businesses or organizations obtain a competitive advantage through specialization and giving them access to international markets which in turn helps boost the economy even more.

Reasons for European countries being economically interdependent
Geographical nearness with countries within Europe gives them the benefit of make trading easier and speedier. It also gives them a tactical advantage of undertaking their political missions and their businesses with a competitive edge in the international markets. When countries propose to group together in order to accomplish economic development they generally wind up establishing an alliance/trading bloc. For example in Europe’s case a regional trading bloc (European Union) was formed which ultimately was a huge impact to their economic and political environment. This proved to be particularly relevant in making sure that the countries involved maintained peace and excellent diplomatic ties and that they also helped each other’s economies with respects to growth and exchanging of resources, which allowed them to focus more uniquely and get an even higher trade advantage. This facilitated the member states to financially contribute to the union and in return the union funded in its members’ economies. The European Union, one of the most powerful economic integrations, over the years, has helped its members in areas like capital accumulation, and technical progress. It has also maintained common and uniform policies for trade and as attested by European Commission (2018) itself, making one of its main aims to become economically interdependent and avoid any future conflicts between its members. Countries such as Germany, Spain and France who were at war for centuries now work in agreement to achieve shared advantages. Other European economic amalgamations include the European Economic Area (EEA) with about 32 members, European Union Customs Union (EUCU) with 28 of the EU and 3 non-EU members (Turkey, Andorra, and San Marino), and European Free Trade Association (EFTA) presently with 4 members. The most influential benefit however, is provided by there being a single currencies’ adoption by the European Union members. This brings with it the advantages like ease of removing transaction costs, decline in price discrimination and the steadiness of the foreign exchange rate.

Threats of economic interdependence
While distinguishing the critical features of European countries having to be economically dependent on each other we must also look at the various limitations it brings with it. Some of these limitations include a 5% decrease in intra EU trading during 2000-2014, Europe’s internal crises in 2015 which was triggered by the euro crises a few years earlier, not giving the countries involved to make independent political decisions without undermining their relationships with a majority of their trading partners. It took just one differing country to intimidate a powerful alliance like EU as Greece tried to in 2015 against EU sanctions placed on Russia. This can also create a problem as well, for example the Greek recession where the government borrowed more than they could pay back and eventually the EU had to bail them out. The major problems though, are the complications that surface because of there being a single currency (Euro) adoption within the selected EU countries. These are together with but not limited to fiscal federalism as the fiscal policy in the currency union working like that of a single economy, they also give up their right to have a distinctive monetary policy.

In conclusion, it can be said that the main objectives of the European unification keeps changing with respect to the challenges the economic environment brings with it. However, as long as these objectives are met and all countries sense that they are benefiting mutually they will always appreciate that there are more pros than cons of economic interdependence for them. It is clearly obvious that trading blocs are a central part of economic integration and political reasoning might also be a huge component in developing its presence. However, as long as the united European economies carry on flourishing by depending on each other economically and the costs of leaving this interdependence do not exceed the benefits of remaining, it would not make any logic for a country to be an independent economy.