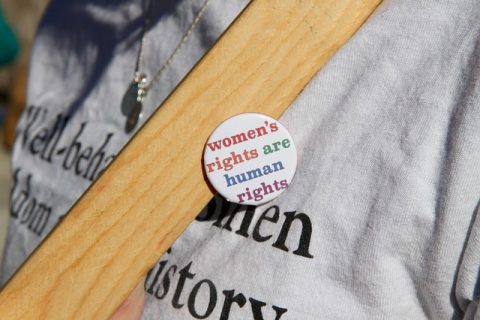 Social policy can be defined as the actions of a government which are taken with the main aim of providing assistance to certain categories of people at risk in society. The assistance which is provided by the government of a nation can be in terms of education, safety, income, healthcare, or housing. There are also many social policies which are aimed at providing public goods including crime prevention, a cleaner environment, or an accessible public education system. It is also quite true that social policies further have an economic aspect to it. It is also important to remember that many social policies are redistributive in nature. This means that the benefits of one group are provided in terms of payment from the other group. There are also many politically controversial redistributive policies like the Temporary Assistance for Needy Families (TANF). In this academic essay writing piece, readers will be able to learn more about social policies, women rights in the US, and other topics.

Social policy can be defined as a policy which is present within a political or governmental setting. Social policy can include a wide range of things such as guidelines, principles, activities which might affect human welfare, legislation, and activities related to improving the quality of life of an individual. There are many departments and experts all across the globe which has tried to define the term ‘social policy’ as closely as possible. And the department of social policy at the London School of Economics has perhaps come quite close with their definition. According to the London School of Economics, social policy can be defined as an interdisciplinary field and applied subject which is primarily concerned with the analysis of the responses of societies to social needs. To learn more about this, readers can refer to other academic essay writing pieces.

If one looks at the historical perspective then it can be observed that before the 20th century hardly any social policy use to exist. And even the few social policies which did exist they too were either local or state policies. In the 19th century, many states in the United States of America imposed an education requirement on locales. This statewide education requirement had specific standards for literacy and mathematics. During this time frame, the responsibility of public safety fell on the state and local governments. Some social policies which were adopted in the 19th century are land grants for universities and the benefits for veterans of the Civil War. In the 20th century, there was a substantial rise in spending on important matters such as medicare, social security, and Medicaid. However, in this academic essay writing piece, the prime focus will now be on the rights of women in the United States of America.

Women Rights in the US

According to various sources, women have not been treated equally in the past in society due to various reasons. No matter the country or the nation, women all across the globe had to fight for the basic rights and requirements. Women in the United States of America had to go through a somewhat similar ordeal to get the basic rights and status of equality. If readers wish to learn about the history of women’s rights in the United States of America then, they can refer to other academic essay writing pieces. Because in this section, of the essay writing piece readers will be able to learn about women’s rights in the USA social policy.

When it comes to the law then everything matters to the minutest detail. This is one of the reasons why countries from all across the globe have adopted laws and policies which will protect both men and women who are living in that particular nation. However, it can come as quite a shock that the United States of America is one of the only seven nations of the world which have not been successful in ratifying the Convention to Eliminate All Forms of Discrimination against Women. The other six nations are Palau, Iran, South Sudan, Tonga, Sudan, and Somalia. This is a fact even though this convention has played a big role while drafting the treaty. To learn more about this convention, readers can refer to other academic essay writing pieces.

In the United States of America, it is important for 38 states to ratify an amendment for it to be a part of the constitution. Sadly, as of March 2019, only 37 states have ratified the Equal Rights Amendment. This is especially noteworthy when one considers the fact that many states originally ratified the Equal Rights Amendment but later rescinded it.

Marriage is a big decision in any individual’s life and because of that, it is important that both men and women are protected under such a condition. In the United States of America, cohabitation is often observed where men and women below the age of 18 live together. There are, however, strict laws in the United States of America against any two partners marrying each other before the legal age. Women can also access special protection and counseling under any difficult circumstances related to marriage. To protect the interest of both parties, the partners can also agree to enter a contractual obligation which will protect the financial and personal assets of the partners in the event of a divorce.

Since 2014, birth control has been legalized across the entire United States of America. During the same year, abortion has also been legalized nationwide. However, there are some strict regulations in cases of women who seek an abortion after the period of the first trimester.

When it comes to female representation in the politics and government then the picture looks quite optimistic in the case of the USA. Jeanette Rankin was the first women elected to the United States House of Representatives in 1917. During 1978, the first woman was also elected to the United States Senate. Currently, 102 seats out of 435 in the US House of Representatives are held by women from all walks of life. It is also quite optimistic to note that in the state legislature there are currently 2,121 women. Further, on the Supreme Court, there are currently three women justices.

Social policy can be defined as a policy within the setting of government or politics. Social policies ensure that all sections of society are treated equally and are able to enjoy all basic privileges in society. There have been many essay writing pieces on the topic of women’s rights in the USA. And most of those essays paint a rather sad picture as there are many laws and amendments in the favor of women which have not been passed. But when one considers the real-world scenario then this picture seems to be more optimistic as women have occupied many positions of power in both politics and government settings.