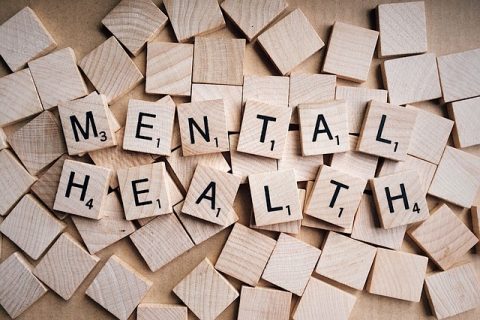 Mental health can be defined as a level of psychological well-being which must signify the absence of a psychological or mental disorder. There are many experts who also define the term ‘mental health’ as being the state of an individual who is at a functioning or a satisfactory level of behavioral or emotional adjustment. It must also be quite obvious from the term ‘mental health’ that it falls under the concerns of the field of psychology. Hence, there have been many schools of psychology which have attempted to provide a proper definition for this term. However, in this academic writing piece, readers will not just be learning about the topic of mental health. But the prime focus of this academic writing piece is to learn about the most common mental health issues in students. Readers will also be able to learn about the causes of mental health issues and the strategies which can be taken for curbing mental health issues.

An Introduction to Mental Health

According to the World Health Organization (WHO), the mental health of an individual includes various aspects like subjective well-being, autonomy, competence, perceived self-efficacy, emotional potential, self-actualization of an individual’s intellect, inter-generational dependence, and many other things. There are also many theories related to the topic of mental health. However, it is important for an individual to remember that there are many things which can affect the way an individual defines the term ‘mental health’ and some of those things are competing professional theories, cultural differences, and subjective assessments.

The 4 Most Common Mental Health Issues amongst University Students

Impulsivity can be defined as the tendency of an individual to react almost instantly to stimuli without putting much thought to it. Impulsivity often includes risky behavioral patterns, unplanned behavior, performing actions without any forethought, and having a decreased sensitivity to any long-term consequence or even immediate consequences of one’s actions. It is also quite interesting to note that impulsivity control issues are now categorized separately from the addictions and compulsion issues in the Diagnostic and Statistical Manual of Mental Disorders – 5, which is also known as DSM – 5.

Depression is one of the most common psychological disorders which millions of people suffer from all across the globe. Depression can be defined as the condition in which an individual feels sad, down, or losses any sort of pleasure or interest in pursuing his or her daily activities. However, one should keep in mind that it is also normal to feel these emotions every now and then and that is nothing to worry about. But if these emotions persist for a longer duration of time then it is suggested that one should visit a mental health professional. There are also many other signs and symptoms of depression. And some of those signs and symptoms are:

There can also be a number of causes why an individual might be suffering from depression. And some of those causes are genetics, biological changes, environmental changes, social, and psychological changes.

According to the American Psychological Association (APA), anxiety can be defined as an emotion under which an individual feels tensed, having worrying thoughts, and experiences physical changes like increased blood pressure rates. One should never forget that anxiety is also a very normal and common emotion and it is only a cause of worry when one feels disproportionate levels of anxiety regularly. Anxiety can have many symptoms. And some of the common symptoms are:

Mental health is most commonly defined as the level of psychological well-being which primarily signifies the absence of a psychological or mental disorder. Recently it has been found that a number of students suffer from various mental health issues. The 4 most common mental health issues amongst university students are impulsivity, depression, anxiety, and eating disorders. If a student is suffering from any of these conditions then it is important for him or her to seek appropriate medical help as soon as possible.