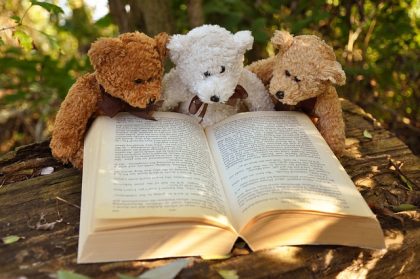 The United States of America, also commonly known as the US, is a beautiful country which is known all across the globe for its many natural wonder, culture, freedom, and literature. This country actually comprises of 50 states, 5 self-governing territories, federal districts, and many other possessions. The capital of this country is Washington, D. C., and its largest city is New York City. Its national language is English and it comprises of various ethnic groups. According to the 2018 estimate, the population of the United States of America is 327,167,434. And when there are so many people then it is common for views to collide. Literature is often the medium through which many authors decide to explore controversial topics and due to various reasons, many countries sometimes decide to challenge or ban those books.  The list of those frequently challenged and banned books are mentioned below.

The Absolutely True Diary of a Part-Time Indian is a novel by Sherman Alexie. He writes this book in first person narrative from the perspective of a Native American teenage boy named Arnold Spirit Jr. He is also known as ‘junior’ and can be characterized as a 14-year-old growing cartoonist. This book takes the readers on a journey through the life of this boy on the Spokane Indian Reservation and his decision to go to an all-white high school. This book falls under the genre of young adult fiction and was published on 12 September 2007. This book has received many awards including the National Book Award in 2007 and the American Indian Youth Literature Award in 2008. This book has also been constantly challenged due to its use of racial slurs and strong language. Apart from that, the book also discusses many topics like poverty, alcohol, violence, bullying, and sexuality. According to the ALA, this book has also been moved up to the list of the top ten most frequently challenged books in 2015. It has also appeared in many other lists since then.

The Adventure of Huckleberry Finn is a novel which was written by Mark Twain. This book is also sometimes known by the name of ‘Adventures of Huckleberry Finn’. This book was originally published in the United States of America in 1885 and it was published in the United Kingdom and Canada on 10 December 1884. This book is a part of the series named Tom Sawyer and is placed under the genre of Picaresque novel. This novel is considered to not just be a classic but a great work which was written in vernacular English. The story in this book is also told in the first person by the main character named Huckleberry ‘Huck’ Finn. While this novel has been widely praised for its great writing style and descriptions but it has also been perceived as being racially insensitive due to the use of racial slurs. Many experts also believe that this novel promotes offensive characterization and stereotypes.

The Catcher in the Rye is another great work of literature which was published in the form of a series from 1945 till 1946 by J. D. Salinger. However, it was later published as a complete novel on 16 July 1951. This novel is perceived to be somewhat bleak and was intended for adults to read but there are many adolescents who are drawn to this book due to its themes of alienation, angst, and critique on the superficiality of the entire society. This book has been translated to almost all major languages in the world and more than one million copies of this book are sold every single year. The story of this book is told from the perspective of an alienated teenager named Holden Caufield. He is dismissed from his boarding school and ends up roaming the street of New York in a state of depression and emotional turmoil. This book has been removed from the curriculum of many schools and is constantly challenged due to its use of vulgar words and sexual references.

The Great Gatsby is another classic novel which makes an appearance in this list of commonly challenged and banned books. This book was written by F. Scott Fitzgerald and is usually summarized as being a cautionary tale regarding the classic big American dream. This book explores various themes like excess, social upheaval, language, and sexual references.

To Kill a Mockingbird is one of those novels which have recently been banned in the year 2016. This book was originally published in 1960 and has faced a number of challenges since then due to its use of racial slurs and profanity. This novel has also won a number of prizes. And according to the author, the plot and characters of this book are loosely based on an event which occurred in her hometown.

The Lord of the Flies is a novel which was published in 1954 and was written by William Golding. This novel has continuously been challenged since it was originally published. The plot of this book basically explores the possible events which can take place when a group of ‘civilized’ British boys are left stranded on an island. This book consists of racial slurs, profanity, and excessive violence, the portrayal of sexuality, misogyny, and racism. William Golding even won a Nobel Prize in literature in 1983.

This is one of those books which have faced a number of challenges since its release in 1937. This short novel was written by John Steinbeck and is also referred to as a play-novelette. The main challenges against this book have been on the grounds of using vulgar language and the sexual overtones. This book also challenges the notion of the American dream with the backdrop of the great depression.

This novel was written by Alice Walker and was published in 1982. This book has also been continuously challenged since then due to its explicit profanity, sexuality, the portrayal of drug use, and violence. The plot of this book spans over a time period of 40 years and follows the story of Celie who is an African-American woman.

This is a 1969 novel which was written by Kurt Vonnegut. The plot of this novel is inspired by the author’s personal experiences during World War 2. This novel has often been labeled anti-Christian, immoral, and depraved. This novel has been challenged multiple times due to its disturbing themes.

The Bluest Eye is a novel by Toni Morrison and it was extremely challenged during 2016 due to its sexual references, profanity, and many other materials which are deemed unsuitable for children. This story revolves around a girl named Pecola Breedlove who wishes to have blue eyes. The betrayal in this novel is extremely heartbreaking.

The United States of America is an amazing country which is known for its culture, freedom, wildlife, and many other wonders. There are many novels or books which have been banned or challenged throughout the years in the United States of America. And some of those books include The Bluest Eyes, The Adventure of Huckleberry Finn, The Color Purple, and many other books.