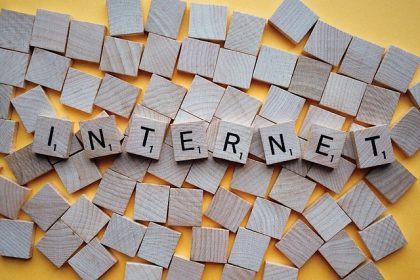 It is now widely believed that this is the age of technology. Science and technology have shown a lot of advancements in the past few decades and that has now lead to a situation where owning a computer is more of a necessity than an option. Individuals of every age group are expected to learn about how one can use a computer. And thankfully, these days kids are being educated about the different ways and purposes in which one can use technology to his or her advantage. However, the internet is one such part of technology which has both positive and negative effects on the life of an individual. There are experts who claim that a child can also develop his or her knowledge through the use of the internet while some claim that the internet is a dangerous place for a child to be.There are some of the steps which guardians or parents can take to protect their children while using the internet.

An Introduction to Child Development

Child development is a continuous and predictable process which can actually result in unique experiences and courses for every single child. It is important to remember that child development does not take place at the same rate for every child. Two children of the same age group can also be at two different stages of development even though all environmental factors might be the same for them. This is because of the fact that child development is hugely influenced by the personal experiences of an individual. There are many psychologists who have provided a theory on the topic of child development. Some of the most famous and influential theories were given by Vygotsky, Piaget, Erik Erikson, Watson, and Sigmund Freud.

Potential Risks of the Internet on Children

Internet can have both positive and negative effects on the individual who might be using it. For some individuals these effects could be less pronounced. However, when it comes to children then the internet can have a very strong effect on them. In this section, readers will be able to learn about some of the negative effects of using the internet for children. And some of those potential risks are:

One of the biggest risks of using the internet for children is the fact that one might be exposed to inappropriate material without any sort of forewarning. These days many websites actually put on all sorts of advertisements on its pages. This might appear to be quite innocent but not all of those advertisements showcase content which is safe for young children to see. This is why it can have a strong effect on the psyche of an individual. Sometimes children might even be exposed to strong racist, sexual, or political views online.

The risk of physical harm is perhaps the most obvious and widely reported negative effect of children using the internet without proper supervision. For example, there are many criminal groups out there which use chat rooms and the internet to contact other young individuals. This constant contact result in that individual developing closer relationships which progresses into a situation where the other individual actually holds the influence for hurting the child. A real-life example for this could be the blue whale game or challenge which rose to popularity in 2017-2018.

The risk of cyberbullying gets severely heightened from children who tend to use the internet constantly. This is not just bad for the physical health of an individual but can also have a very strong effect on the mental health of a child.

Another risk which children are quite susceptible to while using the internet is that one might divulge some of his or her personal information to a total stranger who might use that information to dupe the child or harm his or her guardian.

These are some of the potential risks for children which children can experience while using the internet.

Benefits of Using the Internet for Children

There are also many benefits which children can experience using the internet. And some of those benefits are:

There are many educational games which are available online for children. And it has been observed that when children play these games then they are actually improving the coordination between their hand and eye movements.

The biggest benefit of using the internet is the wealth of information which one can access. This benefit is also valid for adults and can motivate individuals of all ages to make more of an effort for learning.

A computer can be used to encourage the desire of a child to learn almost anything. And that is why many studies have shown that children tend to develop better language skills by interacting with the computer while playing a game or simply reading.

While using the internet, children often end up playing interactive games. Some of those games are quite challenging and can improve the problem-solving capabilities of an individual. This is one of those advantages of using the internet which can have many other benefits for the child in the future.

These are some of the most common benefits which a child can experience while using the internet.

Steps to Ensure Child Safety on the Internet

There are some steps which adults or guardians of a child can take to protect him or her against the potential threats of using the internet. And some of those steps are:

It is important for a child to develop both physically and psychologically. There are many theories which have been given by psychologists in which they have explained how child development actually proceeds. It is also important for one to remember that when a child uses the internet then he or she can experience many positives and negative effects. It is important to take certain steps or precautions should children can be protected while using the internet.