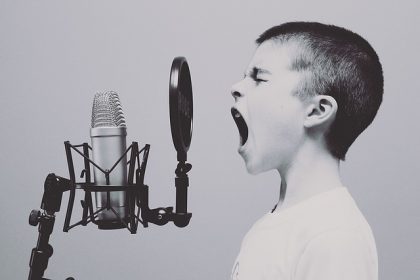 Music can be defined as a type of art form or cultural activity which has a medium of sound which is organized in time. There are  different elements of music that are pitch, tempo, rhythm, melody, harmony, articulation, timbre, texture, and many other elements. On the other hand, emotion can be described as a type of mental state which is primarily associated with the nervous system. An emotion is brought on by chemical changes which are further associated with feelings, thoughts, pleasure, displeasure, and behavioral responses. Experts from all across the globe are interested in this topic and have been trying to come up with an exact definition for it. However, currently, there is no single right or correct definition of emotion. There are many experts who have been curious to understand the relationship which exists between music and emotion.

Music is one of the common and popular forms of cultural activities and art forms. It has existed for thousands of years and has been used by mankind to not just help in the expression or communication of emotions but to also tell stories, show the appropriate behavior, and many other things. There are also different styles and types of musical forms. It can also be performed with a range of instruments and vocal techniques. It is important to remember that it can also consist of solely instrumental pieces or solely vocal pieces. This word has also been originally derived from the Greek word ‘mousike’ which roughly translated means that art of muses. There is also no specific culture which has been declared as the originating culture of musical forms. Instead, it is widely agreed that different musical forms have originated from a variety of cultures. There have also been many musical movements throughout the history of mankind.

Emotion is one of those topics which have been widely studied by experts from almost all disciplines. This topic especially takes a center stage in the field of psychology. The definition of emotion is quite intertwined with other related topics including mood, temperament, disposition, personality, and motivation. Some of the fields which have contributed greatly to the research of the topic emotion are psychology, neuroscience, medicine, endocrinology, sociology of emotions, history, and computer science. There are many theories which attempt to explain the neurobiology, origin, function, and experience of emotions. However, in this academic essay writing piece, the focus will only be on understand how various musical forms can actually portray emotions. Musical forms and movement are also used by individuals for the communication or expression of ideas, stories, and thoughts.

How Music can Portray Emotions?

Experts and researchers from all across the globe have always been interested in learning more about the relationship which exists between the different musical forms and emotions. Many have also tried to understand how musical forms can actually facilitate the process of communication or expression of emotions. And most of those essay writing pieces conclude that this is because of the fact that various musical forms involve different areas of the brain. And some of those regions of the brain which get involved when an individual listens to any musical form are:

Thalamus is the region of the brain which is mainly responsible for sleep regulation and controlling the sensory data. Whenever an individual listens to any musical form which is intended to help in sleeping then the thalamus reacts to that by inducing emotions of fatigue. This is one of the reasons why individuals who have trouble sleeping are advised to avoid any specific movement and listen to soothing musical forms.

Hippocampus is the region of the brain which is primarily responsible for consolidating information from the short term to long term memory. This region is linked with the limbic system which plays a vital role in emotional behavior. It has been found in different academic essay writing pieces and researches that listening to stimulating musical forms like Mozart can actually improve the movement efficiency of neurons.

The insular cortex is the region of the brain which is primarily responsible for regulating the heartbeat of an individual. And this is one of the reasons why an individual can experience faster or slower heartbeats by just listening to musical forms and not performing any particular movement.

These regions of the brain are the reasons why the different musical forms can help in the communication or expression of emotions.

The Benefits of Listening to Music

Musical forms do not just help in the communication or expression of emotions but it also has many other benefits. And some of those other benefits are:

Many studies have concluded that musical forms do not just help in the process of communication and expression of emotions but they can also improve the overall athletic performance of an individual. It has especially been found true for sports such as running, weight lifting, and other sports which require the heavy use of muscles.

Musical forms can also affect the overall hormonal level of an individual. This basically means that by listening to different musical forms an individual won’t just be able to complete the processes of communication and expression of emotions but can also achieve greater overall health. This is one of the reasons why there have been many musical movements in history. Readers can read about the specific movement of musical forms by referring to other essays.

Music is a cultural form which has many elements including timber, tone, texture, pitch, and rhythm. Emotion, on the other hand, is explained as a mental state which is associated with the nervous system. Researchers have always been curious to learn how both of these topics relate to one another. And now, it has been found that musical forms can indeed portray emotions as it involves a number of regions of the brain. Some of those regions are the thalamus, amygdala, and prefrontal cortex.