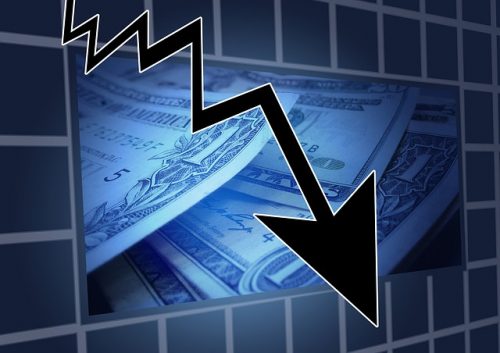 Introduction
Financial collapse has occurred almost in every economy all around the globe and does not mark as something extraordinary in nature but what struck the governments is the way to overcome the situation eventually over a long period of time. This paper aims to discuss such a financial collapse that happened in the United Kingdom in 2008 where the countries faced a huge financial crisis that made the government of UK takes unprecedented steps to improve the whole financial crisis situation (Sikka, 2015). Hence, the paper will give a vivid description of how the government rescued the countries from such a situation and the reforms that were implemented in the banking and financial regulations.

Cause of such crisis
The financial crisis does not occur overnight and takes place because of the negative effects of financial regulation over a long period of time and thus needs a long period of time to overcome the situation too. Hence, the UK government took several steps and implemented financial schemes to fight back the critical situation in the country. On September 2018 marked the 10 years from the day such a situation of financial crisis arose and was the most likely cause of the failure of Lehman Brothers that affected not only UK but the global economy because of the facts that Lehman Brothers was one of the biggest financial institution (Sacchi 2015).

The most notable cause of such a crisis was the lending regulation and patterns of banks as they were lending mostly in already existing assets like property that constituted 80% of the loan amount in UK and US and a very small amount of money was actually invested in new productive economy (Ebbinghaus 2015). Basically, the lending from banks was not invested for new production purposes rather were used for predominant assets. Because of this reason, the economy of UK was submerged by an asset-price bubble and high amount of private credit that did not contribute to the creation of new wealth in the country. This also led to income and wealth inequality that threatened the social harmony. One of the financial riddles of the previous decade has been common stagnation, with western economies at a stop because of low interest. In any case, it isn’t that quite a bit of a riddle when we’ve had a gigantic absence of interest in the profitable economy, as those that tops the wealth hierarchy have recently sat on their apparently interminably swelling resources (De Rynck 2016).

Another reason for such an occurrence is the amount of household debt all over the country that has been rising at a greater pace when compared to other giant economies. It was evaluated at $1.8 trillion along with the rise of unsecured debts for the private and public organisations. It is known that the secured debts are to be paid off essentially as a preference over the unsecured debts but the rise of unsecured debts develops debt mountain on giant financial institutions and economies. The report published by New Economics Foundation placed UK in the last position among the seven economies among the G7 blocks behind Germany, Japan, US etc. The report also suggested some key measures that can be taken as a counter step to the crisis situation.

Reforms as counter measure
There were various reports and suggestions given by financial experts and institutions that has been implemented to rescue the economy from such a critical situation. The banking industry was the most responsible and notable body in such a situation and thus reforms in the banking regulation and structure is of utmost importance (Ciro 2016).

First, reports suggested that there must be a full separation of ordinary banks from investment banks so that there is more competition in the banking industry. Along with this, the report also suggested that a rise in peer to peer lending will improve the health of the whole financial system where people invest directly to private individuals or MSMEs. In this process, banks are required to hold more amount of capital and constitute a significant difference between the ordinary banks and investment banks.

Secondly, the process of counter measure needs to start with the big institutions like Bank of England by changing its initial focus to keep global financial situation submerged and focus on improving domestic economy. As mentioned earlier, that, investments that were made since 2007 has been focusing on predominant assets and not on the creation of new wealth thus, this needs a change so that domestic industries get a boost rather than concentrating on the improvement of global effects (Bell and Hindmoor 2015). Besides, the government of UK must ensure that the economy is focused towards the ordinary people and not towards big organizations who are profit-centric. Money related emergencies should fill in as a chance to reset a model which has demonstrated unsustainable and to fix the imperfections which cut the framework down. Yet, it is essential that this commemoration as a point of reflection is utilized about what is still left to do.

Thirdly, banks should hold more capital as they have to build their financial statement in the midst of such a global financial crisis. As a result of reformation, the banks in the UK have increased their amount of hold by five times as compared to the amount when such critical situation arose. Additionally, ringfencing is another step by which ordinary banks are separated from the investment banks that helps the industry improve the ability to resolve critical situations of banks by giving protection to the retail banking services from global financial misfortunes and risks (Arena and Kutner 2015).

Fourth comes the change in remuneration structure where the deferred bonus changes in between five and seven years. This can also be done by improving standards. The Banking Standards Board (BSB) is a free body accused of advancing exclusive expectations crosswise over banks and building social orders in the UK. Led by Dame Colette Bowe, the BSB was set up with the help of the UK’s biggest banks and building society and will be in charge of setting standards for culture, skill and client results. The Board will distribute a yearly report demonstrating the advancement banks have made and where they are tumbling down.

Lastly, an increase in the competition gives better choice for small businessmen to produce more output with less financial efforts amid other financial giants. The Small business, Enterprise and employment act consist of scopes for banks to give reference to SMEs. The ordinary and investment banks have consented to give the record free of all charges to guarantee that clients who accidentally slip into the red don’t pay for their slip-ups. The Financial Service Act was acquainted with get increasingly legitimate structure to offer impact to the required changes in the present economy.

Conclusion
On a concluding note, it can be said that, financia al crisis was a cry for help situation for UK in the last 10 years since its birth in 2008. The failure of Lehman Brothers was marked as the key causation for such a critical scenario in the global financial position. The Financial Conduct Authority was another regulatory authority which was responsible for supervising the conduct of banks and individuals within them. However, the prompt action and implementation of required counter measures by the government significantly rescued the economy from falling into a gutter.

Ebbinghaus, B., 2015. The privatization and marketization of pensions in Europe: A double transformation facing the crisis. European Policy Analysis, 1(1), pp.56-73.

Sikka, P., 2015, March. The corrosive effects of neoliberalism on the UK financial crises and auditing practices: A dead-end for reforms. In Accounting forum (Vol. 39, No. 1, pp. 1-18). Elsevier.