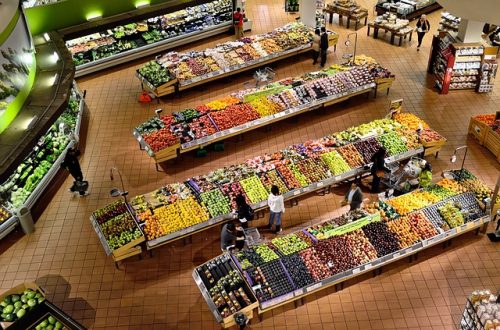 For more than two decades organic food has gained elevating attraction from most of the market decision makers, government bodies and other industrial bodies as it provides several advantages (Yamjala, Nainar & Ramisetti, 2016). On the basis of marketing organic industry provides the demand for organic food all over the world and this demand has galloped to a high extent. To consider the uprising of this demand the first and the foremost one would be the awareness in the connection between diet and health. Another selling point for organic food is for the range in the publicized scarcity of food which has highly provoked the awareness among the consumers and their interest in consuming the food safely. Also, the rising controversy over the Genetically Modified foods which has led to the further impulse to organic food as the usage of genetically modified materials is not included in the organic foods (Seufert, Ramankutty & Mayerhofer, 2017). Mainstream retailers and important food producers show their radical nature in the field of marketing and promotion while they generate into producing organic foods. Production area of organic foods functions on providing solutions to the environmental factors which are linked directly or indirectly to the practices of the traditional based farming system. Governmental bodies have practiced a vital role in catering organic agriculture, which is why the number of organic food production has increased usually in the countries in Europe. Organic agriculture is also efficient in providing and offering export convenience to the global market (Rödiger & Hamm, 2015).

Analysis of the Organic Food Industry in Australia

The word “organic” means the production process of producing significant foods. These foods are produced without taking into factor the use of any hormones, artificial chemicals, genetically modified organisms, and antibiotics. Artificial food preservatives like sweeteners, artificial coloring, flavoring, monosodium glutamate, and other additives. The organic farming improves the quality of soil and the groundwater conversation, resulting in the reduction of the pollution, which in turn will benefit the environment (Reynolds, Piantadosi & Boland, 2015). Organic foods which are usually sold in the markets are vegetables, pulses, fruits, dairy goods, meat, groceries, etc. Presently, there is demand in processed organic foods they are cookies, biscuits, oats, cereals, sodas, etc.

The Australian National Standard for Organic and Biodynamic Produce defines organic agriculture as the work which is the managerial system produce in order to increase the growth of biological activities which is determined by the level of humus, root development of feeder, structure of crumb, in order to maintain that the plants are getting benefits from the natural ecosystem of the soil and not from the artificial chemical methods which are included in the soil (Pagotto & Halog, 2016). In the natural environment, plants grow naturally by consuming nutrients from the soil which are discharged from the colloids of humus. Crop residues, manures from animals, manures from plants, crop rotations, legumes, and mechanical cultivation are the factors which help in maintaining the productivity of the soil and hence perform in controlling agricultural diseases, weeds, pests, farm insects, etc.

The domestic Australian consumer market for the organic food industry was approximated around $1.4billion in the year, 2015. The total amount of value is expected to cover around $2billion in the year, 2018. Farmlands which are managed organically covers around 53% of the world organic food market, which is over and around 27 million hectares. Operations in the fields of organic farming increased by 5% from the year 2015 to the year 2016 (Johe & Bhullar, 2016). The operation and research had been done which followed that most of the Australian families bought at least one organic food. Latest customer trend in organic food industry shows that fruits, veggies, dairy products, pulses, materials are the dominating food cart types for shoppers of Australia who chose to be consuming organic foods (Huang et al., 2017). Many shoppers 45% approximately buys products post examining the symbol of certification, whereas more than 75% in Australia those who are into organic products buying usually purchase their products from Australian trending supermarkets like Woolworths, Coles, and Aldi.

It is quite visible that the Australian organic food industry has created its own space in the Australian as well as in the global market. Australia is one of the leading industries in producing agro goods, which is depended on organic food demand in the market. Australia provides product recognition, complexities in assurance of quality, trademark and patents, quality, pricing, uncertainty in supply, unlike the other countries like UK, USA, etc. though organic farming provides several advantages to the health of human being and towards the environment, it should also leave the space for the development in alternative and innovative method in order to enhance the quality growth in organic farming. In order to enhance demands for organic food products one needs to look into the cost, economic, social environmental factors, which further helps in enhancing the demand for the organic food industry in Australian markets.

Pagotto, M., & Halog, A. (2016). Towards a Circular Economy in Australian Agri‐food Industry: An Application of Input‐Output Oriented Approaches for Analyzing Resource Efficiency and Competitiveness Potential. Journal of Industrial Ecology, 20(5), 1176-1186.