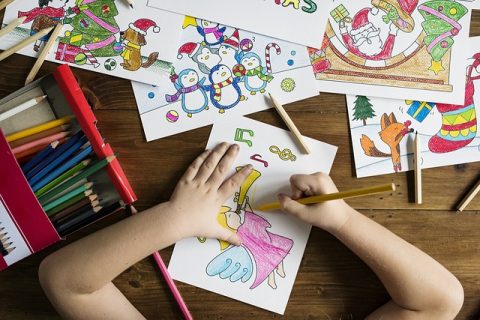 The education system in the United Kingdom (UK) is divided into four predominant parts, primary education, secondary education, further education and higher education. Children in the UK have to legally attend primary and secondary which runs from  5 years old until the scholar is sixteen years old. Generally, main stages 1 and 2 will be started at primary school and at 11 years old a student will go onto secondary school and complete main stages 3 and 4. Students are thoroughly evaluated at the close of every stage. The most important evaluation happens at age sixteen while students pursue their General Certificates of Secondary Education (GCSE). Once students complete their GCSE’s they have got the selection, they have the option to carry on further education for better education or finish school and get employment. In the UK, there is a huge talent drain away from comprehensive schools due to the presence of competitive entry grammar schools. Rich students often receive private tuition to get into these schools, which changes the whole model of making top-tier education accessible to the poorest in society through grammar schools.

Time and again effective measures have been taken of school leavers and of UK adults showing adult functional illiteracy as high as 20% of the population and functional innumeracy as high as 40%. The Program for International Student Assessment (PISA), which measure the academic achievement of 15-year-old students in mathematics, science and reading has the UK at an abysmal 26th in the world, but this is buoyed up by the excellent private education system, without which the UK would be performing even worse in the ratings. Basically, the education system is not fit for purpose, is slowing down the country.

The British education system is planned for the Empire. With a very respectable private education making officers for the army and navy at the same time a public state education gave the other ranks all the education they required. In the 1950s and 1960s public education became entirely egalitarian and meritocratic. Children were tested only on merit and aptitude and not on wealth. The academic elite went to Grammar Schools; those with other skills went to Technical Modern Schools. The private education system faded away because it could not compete.

After that the left came into power and brought in political correctness. So selection on merit was considered “incorrect”. Learning anything was also thought wrong as “liberal” education was introduced. The teacher’s unions manipulated power, and were the biggest adversary of education and of children. The destruction they wrought was so huge that the middle classes separated their children from the state system and private education blew up. The public system programmed their students in socialist ideology such as multiculturalism. The private system taught their students how to be successful in the actual world.

These days it is considered politically incorrect for anyone to be deprived from having a degree. Therefore the polytechnics turned into universities and useless and impractical degrees are now offered randomly. Most of these degrees are of no benefit to the student or to the economy. Many polytechnic university alumni are near to functional illiteracy. Also the subjects taught are all wrong and highly impractical. In 1960 education was all about Science, Technology, Engineering and Maths (STEM) subjects, which are of some real value to the student and to the economy. These have been largely swapped by academically far easier and ineffective subjects like the liberal arts. They are entirely useless for the student and society and a huge and extremely costly waste.

There are a lot of bad teachers because for decades it has been nearly difficult to get rid of them. Yet, just one bad teacher, over a career, will stain the lives of thousands of children. A rigorous teacher evaluation system is needed and the most awful must be removed. Only then the bar can be raised, with re-education of teachers were relevant or removal from office otherwise, to get brilliant teaching experts. Next a system of systematic pupil testing, evaluation is required. A class can only be trained at the speed of the least clever student, so either everyone else is held back or that student is overlooked. So evaluation is fair for the bright as well as for the less able.

Then we must look at what is taught and how it is communicated. STEM subjects are of total superiority. Intellectual precision is necessary so that students actually learn their subject and can demonstrate this in an exam.

Britain has an excellent private school system and a mediocre public school system. The rich people, pay twice for their child’s education, once in tax and once in school fees. The poor children on the other hand have no good teachers or best schools. Equality of opportunity to study should be applicable to all students One huge problem is that most of the teachers today do not have any experience of the actual world that they are getting their students ready for. This is one reason why many teachers are misled into thinking that haughty philosophical beliefs works in the real world. During the course of education philosophy must be removed, whether this is the reality of global warming or the influences about wealth restructuring. Students need to be able to grasp and comprehend concerns and disputes from all perspectives. They need to be educated to reflect about the reverse of their own biases and prejudices. Now with a population with a large, unemployable, dysfunctional group of people shaped by the use of collective views. Therefore, employers cannot find skilled employees in this country and are forced to recruit people from abroad. Many companies have now been required to put recruits through internal basic education courses before they are even fit to start their job training.

The University of Oxford and the University of Cambridge, advocates that the UK has one of the best education systems in the world. However, this is severely and factually incorrect. In 2018, the UK Government altered the grading system from lettered grades (A*-U) to numbered grades (9-1). This left many pupils confused and nervous as to what grade they actually attained. Many teachers were also left feeling disordered as to how students could achieve the grade they wanted. Also, funding in education continues to decrease year after year, and the Conservative Party continues to push for more and more grammar schools to be built.