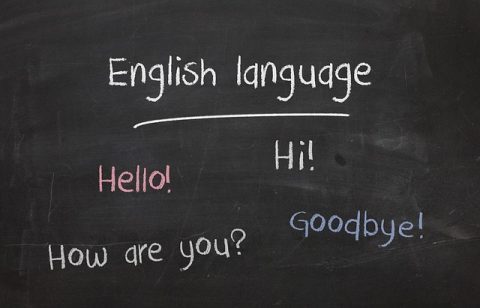 In the English language, you will learn many language techniques which help us to write in a different style and format as these are the base of the writing techniques.

Alliteration:  Alliteration is a repetition of sounds that are similar.  Alliteration is a commonly used as stylistic tool that adds emphasis and interest to a sentence and can help you remember names and phrases. For example, “She sells seashells by the sea-shore”.

Allusion:  An allusion occurs in a literary work and will reference a literary, historical person, place, or event from another literary work or a different incidence. This rhetorical device allows the writer to offer an example or convey a message without going into a lengthy discourse.

Assonance:  Assonance is the repetition that happens in the vowel sound of the word.  It is used to strengthen the meanings of words or to set the mood.

Caricature:  This technique comprises of a depiction or representation that is to some extent unbelievable.  It is usually used when mocking a character or attempting to amplify some of its features to make it appear more cartoon-ish.

Cliché: Clichés are a technique of expression and is a 19th century borrowed word from the French which refers to a saying or expression that has been so overused that it has become boring and unoriginal. Still, people are able to get the gist of its meaning.

Epiphany: An epiphany is an experience of sudden and striking realization.  This is what happens in a story, authors often have characters can experience these extraordinary moments.

Foreshadowing:  This technique usually consists of the writer’s use of hints or suggestions that will give opportunity to view the happenings that may follow later on in the story.  It is up to the audience to decipher the use of foreshadowing for them.

Hyperbole:  It is used for exaggeration or overstating in order to get a point across.  For instance, “I have told you a million times to eat green vegetables!” may not be exactly true. As the individual may have felt they repeated themselves over, and over!

Idiom:  Like clichés, these are expressions that you have probably heard before.  Idioms, however, do not have a literal meaning.  For instance, “Get off my back!”

Imagery:  This is will set up an image or scene in the audience’s mind to make a sensory impression.  Imagery is suitable when there are no pictures or visual references to complied to.

Metaphor:  Metaphors are used to compare two like things without using words “like” or “as”.  An example of this could the song, “Life is a highway.”

Motif:  A motif supports to develop a story’s main subject.  You will have to think of the overall themes, scene, and feel of a story to get an idea of its motif.  For instance, a novel may have a rainy and gloomy scene or situation that will back to an overall dark motif.

Onomatopoeia:  They are words that resonate precisely like they are.  For instance, hiss, splash, or mumble.

Oxymoron:  These are two words contradictory words that are joined to create an effect.  For example, words like “same difference” or “cruel kindness”.

Paradox:  It is self-contradictory in logic and is profound and expressive truth than what the reader notices on the surface.  For instance, the line “This statement is a lie.”  This does not literally mean the statement to be inexact.

Personification:  This technique uses human attributes to describe things that are not human, such as: animals, ideas, or objects.

Pun:  Puns or paronomasia are two words that sound the same but have completely different meanings, such as, “Was it hard to bite into that hard apple?”

Rhetorical question:  They are questions that do not require or ensure an actual response but are intended to make a point.

Sarcasm:  Sarcasm is a form of vocal irony where the character will say something that means the exact opposite of what they actually mean.