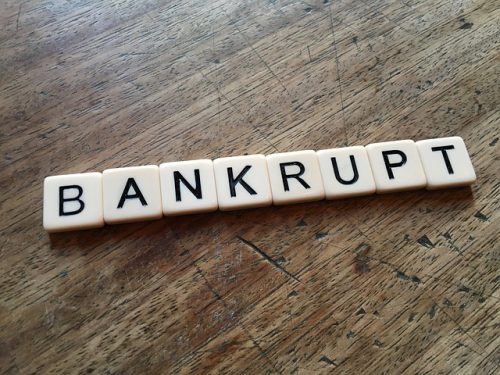 A decade ago, in the year 2008 on the 15th of September Lehman Brothers filed for bankruptcy. This bankruptcy was considered as the biggest ever in the history of finance since the company had assets that were worth USD 639 billion and debt of value USD 619 billion. The asset value was way above the other two giants – WorldCom and Enron, which too became bankrupt previously. During the crisis, Lehman happened to be the fourth largest investment bank in the US. It had almost 25,000 employees spread across the globe (Sraders, 2019).

Facts and Figures of the Lehman Crisis

It was figured out that financial innovation was the root cause for the demise of this giant financial institution. During the 1990s, new methods of conversion of assets especially loans to marketable securities had allowed to put together large portfolios of loans and sell a small portion of those. However, there were two aspects that turned things into a financial weapon of mass wrath – the first one was the lack of clarity of expression and the second was uncertain incentives. Apart from the above, there were other factors as well that financial experts claimed were also responsible (in part or in full) like the absence of trust, substandard investments for the long term, unsteady funding and excess leveraging (Sraders, 2019).

One of the prime factors, as pointed by intellectuals, for the downfall of the company was overzealous lending that took place during the period 2003 – 04. The company had decided to take over 5 lending firms that were into sub-prime lending. There was an enormous profit in 2008 of around USD 60 billion. However, this investment turned out to be a very risky one and soon things came crashing down. It was investigated that this financial disaster was due to excessive loan defaults. The situation was so bad that Lehman was over leveraged. At the same time, the worth of the mortgage profile was not an impressive one (Sraders, 2019).

Another concern was the assurance given by the federal government that Lehman was way ‘too big to fail’. If that was true, then the simple question was – if it really happened to be the biggest business house around, then why it wasn’t big enough not to fail.

In the case of Australia, it did not go through a huge economic crisis. However, the speed of economic growth did suffer to an extent. This was evident when the unemployment rate went up considerably followed by a phase of uncertainty. The reasons why the Australian economy was not that much affected as the others were:

* Domestic lending was doing well. The banks of Australia had very less exposure to their US counterparts (Reserve Bank of Australia. 2019).

* The lending comprised of very little of high-risk loans.

* Australian economy was linked to the export of resources to China. China bounced back quickly after the Lehman collapse and so did Australia.

* Also, the APRA (Australian Prudential Regulation Authority) had already adopted conservative measures for the regulation and the supervision of the financial sector like the banks had to cover much of their capital needs through equity. The banks were not allowed to have large trading books nor were they allowed to get into off-balance sheet matters compared to the international institutions (Chadha 2016).

However, the crisis did reveal quite a few limitations in the practices that were followed by the financial institutions and the supervisory agencies. These limitations included:

The reform agenda primarily constituted a balance between imprudent risk allocation and facilitating adequate risk-taking necessary for the growth of the Australian economy. The reforms centred around four main areas:

Apart from the above, other initiatives were also undertaken like

Chadha, P., (2016). What Caused the Failure of Lehman Brothers? Could it have been Prevented? How? Recommendations for Going Forward. International Journal of Accounting Research, s1.

Sraders, A., (2019). The Lehman Brothers Collapse And How It’s Changed The Economy Today. [online] TheStreet. Available at: <https://www.thestreet.com/markets/bankruptcy/lehman-brothers-collapse-14703153> [Accessed 19 February 2019].