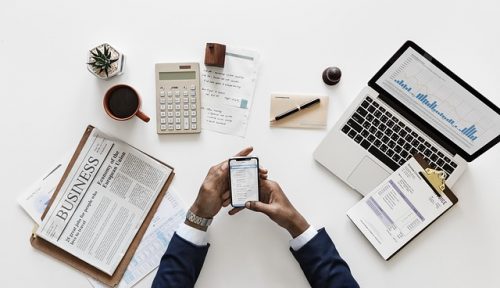 A cartel is an agreement among organisation or producers or business firms to wield control over the market by manipulating the price of the product or setting production targets. The key objective of cartels is the maximization of profit, or to evade losses amongst the members. Members of a cartel mostly decide to circumvent many competitive practices, specifically reduction in prices. Members also often agree on production allocations to keep supply levels down and prices up. These agreements may be formal or they may consist of simple recognition that competitive actions would be damaging to the industry.

OPEC (Organization of Petroleum Exporting Countries) is the known cartel in the international market that attempts to regulate the international price of crude by setting production objectives. However, unlike in the case of cartels formed by business firms, OPEC is involved in countries.

A black market, also known as a shadow or underground economy, is a market where goods and services are traded illegally. The main fact to comprehend is that the business is illegal, not necessarily the goods or services being traded. The existence of black markets all over the world is proof that the laws of supply and demand are practically difficult to defy. When regulation or taxation grow into too high, when supply and demand are way out of balance, or when the competition has been too controlled, people will always look for a technique to avail goods or services cheaper, faster without any difficulty.

Governments have dedicated significant amounts of time and resources to battle illegal corporate activity. Advanced controlling schemes exist in most developed nations to capture price-fixing behaviour in its early period. Also, the international marketplace has been altered by industry-wide codes of conduct and corporate moral guiding principles. And yet, one only needs to follow the news to know that illegal corporate activity, including cartels and black markets, still commonly takes place. Some businesses interpret legal and regulatory rules as only recommendations. Many businesses are even mortified after being allowed for a crime. This indicates sanctions have a restricted influence as a restraint in general or that some factors increase the likelihood of relapsing.

The black market in corporate activity is influenced by external factors as well as internal control mechanisms of organizations. Let’s began by inspecting the role played by the external environmental conditions, which influence the actions of an organization, particularly ones faced with a scarcity of resources and an inability to control those resources. These environmental situations consist of profits, industry, market concentration, the accessibility of resources and the strength of the environment in which the organization functions.

Weak financial gains and environmental dynamism which is the change in the environment that is tough to forecast and therefore leads to doubt for managers increase the possibility of illegal conduct.  As the environment becomes more challenging for management to meet expectations of shareholders, the incentive to involve in illegal activities increases. However, the relationship between the environment and illegal activity is impacted by a firm’s board due to the responsibility of directors to determine if a firm’s strategy and actions are appropriate under current conditions. Basically, the more effective the environmental scanning ability of a board, the more directors can assist management in dealing with a hostile environment. The effectiveness of a board’s scanning ability (capability to take notice of events in the external environment) influences an organization’s inclination to commit illegal activities. Thoughtful consideration towards how the board scanning relates with environmental variables to impact the chances of illegal behaviour leads to the reason behind cartel activity.

Internal organizational characteristics that could cause illegal corporate activity are specifically the control methods that exist within the organizations. The use of output-based control mechanisms such as measuring executives based solely upon accounting or financial metrics like return on equity or earnings per share increases the incidence of illegal activity. Independent directors with less everyday information of inside activities depend more on output controls to observe CEO accomplishments.

Bull and bear cartels in the stock market use black money
Both ‘bull’ and ‘bear’ cartels work in the entire scheme of things, while they are assisted by individuals, listed companies and their promoters and top executives — in tax evasion and money laundering.

A bear cartel acts in concert to push down the share prices to show losses that are eventually used to neutralise the tax demand of the customer from his or her other income.  On the other hand, another type of cartel generates a bullish movement or a sharp upsurge in share prices to make unjustifiable gains in stocks of little-known companies to launder black money through stocks and show the same as legitimate gains.

Besides, a number of such entities, which includes both individuals and corporate brokerage firms, are found to be repeat offenders for various offences in the securities market and many of them create new shell companies to hide their past precedents.  Those monitored businesses also include some listed firms and their promoters, who frequently offer their services for channelising black money and for evading taxes through the use of stock exchange platforms.

Cartels misuse stolen electricity for black market
Cartel gangs are raking in millions distributing stolen electricity in informal settlements in major underdeveloped economies. These cartels, who apply crude means to connect slum dwellers, put the residents in danger of death by electrocution, fires that are caused by faulty connections and also subject the residents to premium pricing. Though illegal connections are not entirely new, the new groups of power distributors retailing electricity in slums are now a major problem for poor economies that seems helpless in restricting the black market business.