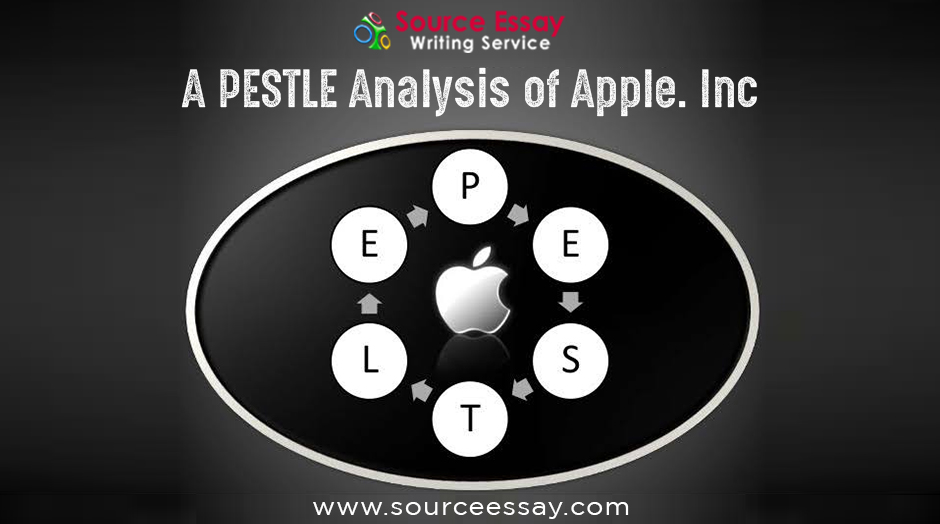 Apple Inc. the most ranking technological company designs develop and deliver electronic hardware through online and offline services. According to Forbes 2016, Apple considered as a most valuable brand has estimated reached approx. 1 trillion USA dollar. Apple has created extremely diversified strategies to boost the acceptance of Apple as a brand. That is why Apple is acknowledged by every customer whenever it launches its new product. The sole approach designed surrounded on behalf of customer demand. The company is known for its high brand loyalty and large customer base. Even though the company receives a significant crisis, Steve jobs maintain Apple’s market share throughout its success period. Apple products are highly popular since the company always came up with an innovative design that exerts influence on its popularity. This article aims to investigate the PESTLE analysis of Apple and a set of acronyms that affects its productivity. Political factors continually exert pressure on the selling of Apple especially when EU bends to the domesticated market. Governance, types of market, tariffs, and leadership, the entire thing has a lot to do with the market of a particular brand. Apple has always surrounded by its political pressure even when we talk of the USA market or its entry in the European Union. Let’s take a scenario to justify this point in more detail.

On 22 December 2017, Donald Trump signed Tax cut law with Apple.Inc that comprised a reduction of Tax from 35% to 21%. Before this tax cut, Apple has to pay $78.6 million for money held offshore. In addition to this, due to China- Us trade war, iPhones supplied to Beijing faces major taxes. Being one of the largest markets for Apple sales, China works as a player to establish its market.

How’s one market grow depends on macro-economic factors, like the unemployment rate, wages, inflation, business environment of a firm, etc. The higher growth of the developed market creates opportunities for tech brands like Apple. A strong dollar brings out a profitable business when selling occurs in underdeveloped countries. The rate of GDP is higher than the potential market. Since India and China have become the introducer of western products, extended work cost determines the standpoint of some apple items. A strong dollar will make it costlier to work with the potential countries of Asian Countries. The other point that should be noted is the competition. Samsung and Lenovo have introduced its tech art the much lesser cost that falls under an average citizen budget which means the further loss of Apple affects its market share. To know other factors, you can contact the assignment writer help available at SourceEssay.

With the increased demand for large and small screens, it becomes a priority to the customer. In some cases, anti-US sentiments in various markets affect both the purchasing and selling of Apple items. In the Asian market, the popularity of Apple is not as good as it was estimated in the US. Here the potential buyer switches to Lenovo and Samsung items. On the other side, a few Africa countries are still unaware of product specialty. The whole thing pointed to accelerated or fluctuated growth in the demographic and the product reach. Urbanization trends proved to be beneficial for the apple in china. But the US relationship with China annoys buyers, especially when the government increases the pressure. To make service prompt, Apple has been rediscovering strategies and always empathizes with a customer-centric approach.

Contender has always shown the solid capacity to draw an Apple as it is. This is not something happened in history for the first time when duplicity affects market strength. The duplicate features providing in the Android phones have dismantled the price of Apple PCs. By offering cloud-friendly devices, Apple becomes able to exploit opportunities. A lot of servers necessitate cloud computing integration of the growing market. Even after losing its position from the fortune list, Apple always tries to maintain its popularity. In most Asian countries, a customer becomes satisfied as Google and Samsung provide the same features which iPhone does.

Advent technology and diffusion of technology with the other tech companies reduce Apple’s market share. The impact of adding new technology increases the cost of the phones that become out of reach. However, contenders make sure their product price will be of much lesser in comparison to Apple. If you want more information, you can go for the essay writing help given by SourceEssay.

The legal factors must be taken into consideration if we want to analysis apple growth. If there are likely chances of a data breach, then Apple may lose its position. These work as a weapon for Apple to retain its market position even if its contender launches the same featured phones. Moreover, strict telecommunication rules become a threat to Apple. According to EU commissions, technology exceeding global revenue 370$ billion faces a 3% tax levy on its revenue. Apple has been forced to pay 14 billion euros to Ireland for violating tax law. This fine reflects a tough step to establish a market in the European countries again. Do you want more information on the legal law; contact SourceEssay provided assignment help services today.

Sustainability not only helps to remain in the market even develops trust among the population. The waste disposal management and the product is eco-friendly reflect the company’s concern for the environment. That is why Apple promotes sustainability. Apple runs completely on renewable energy with all its shops, data centers, and offices running on 100% green energy including 9 of its suppliers. In China, Apple has introduced solar and wind projects to combat carbon emissions drive during the manufacturing process.

Apple Inc. the most ranking technological company designs develop and deliver electronic hardware through online and offline services. The company is known for its high brand loyalty and large customer base, But how’s one market grow depends on macro-economic factors, like the unemployment rate, wages, inflation, business environment of a firm, etc. The higher growth of the developed market creates opportunities for tech brands like Apple. But in developing countries, it becomes hard to supply the product.  Another side of the impact of adding new technology increases the cost of the phones that become out of reach. Although Apple always tries to maintain its popularity, in most Asian countries, the customer becomes satisfied as Google and Samsung provide the same features which iPhone does.