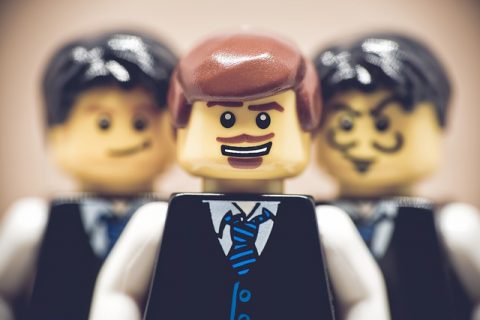 We live in a world of digitalization. In this world, marketing is a big deal and every company is trying to get ahead of its competition by employing all possible strategies. And one such vital strategy which is taking a stronghold in the business world today is that of the employer branding. It can be understood as the reputation of a company as an employer and all the values and ideas which this company brings to its employees. This term of employer brand also refers to what a company has to offer to its employees. While thinking about this term, it is usual for an individual to think about marketing. One might also think about brand massaging, company logo, the terms under which a company is recognized in the market and other such related aspects. However, in reality, is concept is way different than one might perceive it to be. Hence, in this academic writing piece, readers will be able to learn about what is employer, the concept of employer brand, human resource and other parties which are involved in this concept, and why it is important.

An Introduction to Employer Branding

Employer branding is a concept that can simply be defined as the reputation of a company when it is perceived as an employer. This concept also refers to the values and the benefits which the company brings to its employees. There are many important questions under this domain including that of what is an employer. It is important for the readers to note that a positive branding of the employer would help in bringing and retaining more employees of a company. This particular step is crucial for the positive growth and development of the company to take place. One should also notice that in the majority of the situations, companies are focused on how it is perceived by its customers. And while that sort of branding is also crucial but one should not forget the importance of hardworking and talented employees in a company. There are a number of reasons why this particular concept is vital in the field of human resource and for the company. To know more about employer branding students can take help from coursework help experts.

Parties which should be involved in Employer Branding

Why branding of a company as an employer is important, it is first vital to discuss the different parties which are involved in the concept of the employer brand. And some of the parties which play a major role in this concept are mentioned below.

The marketing team also plays an important role in the recruiting procedure as this is the team which ensures that all possible candidates are made aware of the opportunity in the company.

These are all the major parties which are involved in the concept of the employer brand. If a reader wishes to learn more about the answer to the question of what is employer then he or she can choose to refer to other academic writing pieces.

5 Reasons why Employer Branding is Important

There are a number of reasons why employer branding is vital.

1. The Decrease in Hiring Costs

According to different statistics, a company which constantly work on improving its branding as an employer tends to observe a 43% decrease in its overall hiring cost. The simple logic behind this is that a company with a very good employer reputation would not have to spend a lot of money on marketing prospective openings in the company.

In the world of business, many individuals believe that money plays greater importance than reputation. However, this is quite untrue as it is only the reputation of a company which attracts customers and the right talent to it. This will eventually lead to the company becoming more successful.

According to a study, 69% of candidates tend to change their jobs and switch to companies with a better reputation. This means that if a company wishes to retain the best and the most talented individuals in the market then it needs to work on its employer brand image so that it can hold on to its employees.

According to a survey, 78% of individuals tend to look at the reputation of a company before applying for a job position in that company. This means that if a company has a good reputation then it is will be able to attract more individuals towards it who share the same aims and values. This would result in positive growth for both the company and its employees.

These are the top 5 reasons why employer branding is so important in the business world. If a reader wishes to learn more about what is an employer or other related questions to this concept then he or she can choose to refer to other academic writing pieces.

Employer brand can be defined as the reputation of a company as an employer. This can also refer to the values and the benefits which an organization provides to its employees. There are a number of parties which play an important role in establishing the employer brand of a company. And some of those parties include the human resource department, CEO, marketing team, and brand advocates. There are a number of reasons why establishing an employer brand is important. And some of those reasons include acceptance of lower salaries by employees, a better reputation of the company, reduction in hiring costs, retaining the right talent, and attracting of better-qualified applicants.