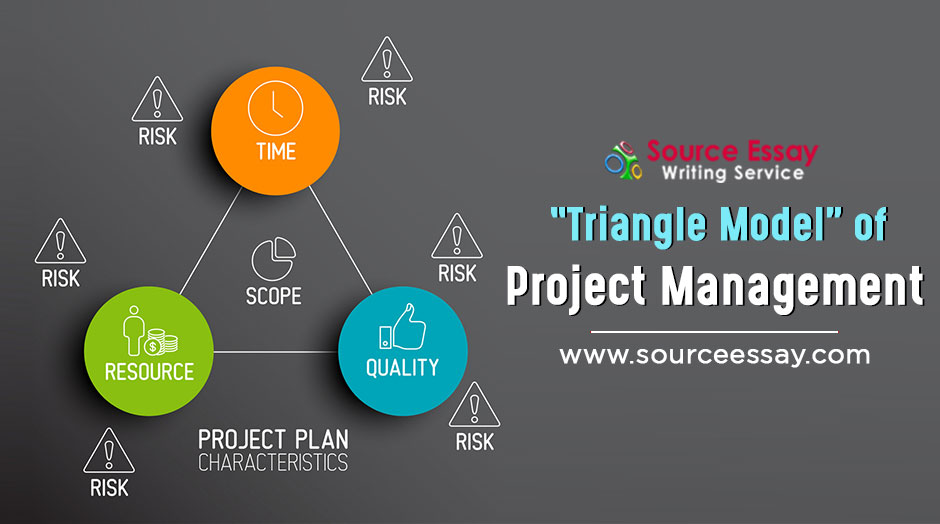 With increasing innovation and globalization, the popularity of operational excellence in Project management is increasing. The project elements such as budget or cost, time or schedule, and scope determine the project completion or accelerated success rate. Project management has been practiced since early civilization. Over the past three decades, project management has become well known for its productivity. It is sometimes inculcating project programs, succeeding management styles, constraints necessitate changes that are based on stakeholder learning and user satisfaction. By acknowledging the complexity of the project, one can configure the plans and act on it. Here in the “Triangle Model” of project management comes into play when something affects the project dimensions that likely need more resources or perhaps scope reduction. But before moving in-depth, let’s discuss what is meant by the Triangle model?

Project Management Triangle model investigates constraints falls under project elements (scope, budget, or time). Basically, this model used for a better understanding of the projects and its major points. Traditionally this is visual aid where the three major constraints Budget, scope, and time) placed on the corner of the triangle as shown in the diagram- The plane area reflects the infinite variation of priorities that could exist between the competing project elements. Any of the constraints’ appearances wills affects the project’s growth or the quality of the project. If you need to finish a project at a specific time, you must organize these factors all together to represent the project on time within the allotted budget. To make this point clear; let’s take a scenario, company A has to finish two projects on the same but don’t have enough workforces. A manager can finish one task at the same time, and then move to the second one or he/she could add more resources. In both the situation, either scope or budget will get disturbed.

A project becomes even more interesting when we ably manage the constraints. To become a successful manager you will have to understand this constraint a bit more. The discipline of the time is to adhere to the project without exceeding the budget and scope. The cost constraints refer to the budgeted amount allotted for the project, on the other side scope defines what work must be done to reach the end result.  After including quality this model is known as “Triple constraint”.

As the project progresses, most of the times it encountered certain restrictions or trade-off consequences. Changing one of the constraints will affect another one automatically. Well if you talk about a tight schedule, it may turn into the increasing budget and decreasing scope. White and Fortune(2002) found that most of the project managers use the triple model to understand the irony of complexities as it offers a simple, unambiguous cut way to measures performances. You can get more information about these constraints from the assignment writer team.

The strength and weaknesses of the projects can be evaluated by analyzing the expected outcomes including ROI, NPV, payback and other resources( Humid et. Al 2012). Since every project needs guardrails, given below (zilicusPM portfolio dashboard) helps the Project manager to strengthen the strategies. It is clearly designed to provide the holistic status of multiple projects at go. The analysis of the cost constraints helps managers in connecting scope and time at the same moment.

Keeping project constraints in mind, a manager raises an alert before the project completion. For instance, the expected budget of human capital initiatives is 1.52 M and they used 2.10M of it. The extra budget Thomas Beddow (project manager) can use to organize resources for other projects. By showing cost-cutting, he could provide clear transparency of projects so to increase the faith of stakeholders. If you want to understand programs portfolio deeply, you can take adherence from assignment help services.

The project management industry is evolving at a much faster pace. By acknowledging the complexity of the project, one can configure the plans and act on it. Here in the “Triple Model” of project management comes into play when something affects the project dimensions. If you find any of the constraints misbalanced, it will affect others automatically. If you need to finish a project at a specific time, you must organize these factors all together to represent the project on time within the allotted budget. But for today’s complex projects, using a simple triangle model may not become helpful as it touches only three constraints. Although it is a good starting point this has some limitations. Despite the limitation of the triangle model, few researchers criticized the vertex element position of the constraints. For more information about project management aspects, stay in touch with the SourceEssay writing experts team.