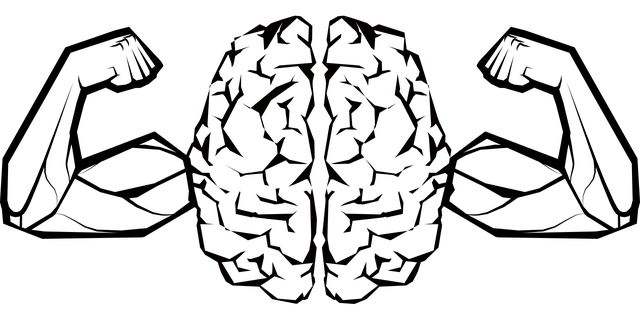 Personal experience has been considered the best teacher of any human being’s life; continuous practice, perseverance and strong determination are the basic requirements which help a person to grow beyond his comfort zone, remain optimistic and take charge of his own life. The people that are mentally strong never underestimate their personal worth; never pity themselves for the features they lack or allow people to become their critique. Experiences help in making people better and stronger. Remaining mentally tough can sometimes be difficult when people reach dead end but the capability of breaking the mould and choosing a bolder new direction requires daringness and extra grit which only the mentally tough people possess (Fauconnier, 2018). The people that consider themselves mentally strong position themselves away from the crowd and consider impenetrable obstacles as challenges which they have to overcome.

Pitying oneself is considered a self destructing behavior and obstructs living life to the fullest. It builds negative emotions thus hurting relationship and wasting time. Strong people appreciate themselves and avoid self pity.

People who surrender their powers lack emotional and physical boundaries. When   a person’s actions are controlled by another person then that other person is responsible for defining his self worth and success. A strong person keeps track of his goals and works to achieve them.

People who control their environment fail to focus on managing their anxiety; strong people tend to shift their focus from situations they cannot control and thus build better relationship, lesser stress and newer opportunities along with more happiness and success (Wellman & Gulia, 2018).

People who judge themselves by considering what others think are mentally weak. These people waste considerable amount of time and are easily manipulated when they try to please others. Strong people avoid pleasing others which increases their self confidence and makes them stronger.

Strong people know how to tackle risk efficiently which decreases their fear; weak people are afraid of confronting risks but strong people possess the knowledge needed for calculating risk and hence are not afraid to confront them.

The strong people believe that past cannot be changed and dwelling in the past can cause depression. Reflecting on the experiences can be beneficial but it can also be self damaging and obstruct present day happiness and future plans.

Reflecting on past experiences ensure that people do not repeat the same mistakes. People who are mentally strong bear the responsibility of the committed mistake and prepare thoughtful plan so that they can avoid committing the same error (Fowler et al., 2018).

Failure is a powerful obstacle which one needs to overcome efficiently; constantly brooding on failures and feeling incompetent about oneself is a sign of mental weakness. Strong people overcome their failures and bounce back with greater efforts (Scheff, 2017).

Strong people love to remain alone in their thoughts when they concentrate on their goals and this increases their strength. To become mentally strong one should manage time to brood on personal thoughts focusing on growth.

People who are mentally weak tend to be impatient and overestimate capabilities and fail to calculate the time needed for the change process and hence expect immediate results. Strong people work relentlessly towards achieving their goals overlooking failures. They progress with measured steps and hence can attain success.

People who are mentally strong do not expect anything from the world or blame the world for their failures and victories. They believe in focusing on their efforts and accepting criticisms along with acknowledging personal flaws. They do not compare themselves with others as this can lead to disappointment and failure.

Searching opportunities and conducting actions when there is bleak chance is considered to be the epitome of mental strength. Psychotherapists across the globe have cited several characteristics which help in defining mentally strong people. Some of these are:

People who are mentally strong understand that their emotions can hinder and affect their decision making process hence they strive hard to maintain consistent balance between emotion and logic so that quality decision can be taken.

Time is precious and every minute is valuable hence strong people shun from wasting time. They do not avoid or keep pending difficult situations for another day. They even avoid small conversations and thus prevent themselves from wasting their valuable time on unproductive issues and rather focusing on activities which will help them get closer to their targets.

Change is an integral part of life process; the strong people willingly accept the temporary phase of discomfort and surrender to present situation so that they can achieve what they desire.

Fear is unavoidable and inevitable; the people who consider themselves mentally strong spontaneously confront fears that obstruct their path of progress and in doing so they become wiser and stronger.

Strong people believe that life’s contentment can be attained by understanding own self and is not dependent on external factors.

These people bear the responsibility of their activities and emphasize on long term goals; hence they believe in commitment and discipline for achieving success.

Strong people emphasize on the brighter side of life so that they can remain firmly grounded and consider weakness as a challenge which they can overcome not by complaining but making profit from those weaknesses.

People fail to achieve success in their resolutions as they set majestic goals for changing their lives and fail to focus on the mental strength needed to make those resolutions successful. For becoming mentally strong one should practice naming the emotions which one feels for oneself like anxious, sad, scared or angry (Blank, Harries & Reynolds, 2015). As people become more aware of their emotions they do not form irrational decisions which are based on emotions. Labeling emotions also helps in dealing with uncomfortable feelings and thereby regulates emotions.

Strong people try experimenting with skills which help to cope with failures; these skills include exercising, deep breathing, meditating, coloring and reading along with exploring nature. Strong people efficiently give up ill habits which rob their mental strength. Becoming aware of one’s ill habits and devoting energy to replace them with healthier practices will ensure that they spontaneously move towards their goals. Practicing strength exercises to heighten mental power will help people become mentally and physically strong so that they can reach their highest potential.

The most effective way of strengthening brain power is by remaining optimistic, practicing gratitude, eating healthy diet and getting sufficient and quality sleep. One should seek company of people who encourage healthy lifestyle so that the body and brain become strong and help in achieving the best. To reach the greatest and desired potential one does not need to integrate desirable habits to an already existing busy life. Instead people should act smarter by erasing routine which obstructs effectiveness and drains out mental strength from an individual. To become strong people need to focus on both strength and weakness and gain knowledge from bad habits which tend to suppress their development.