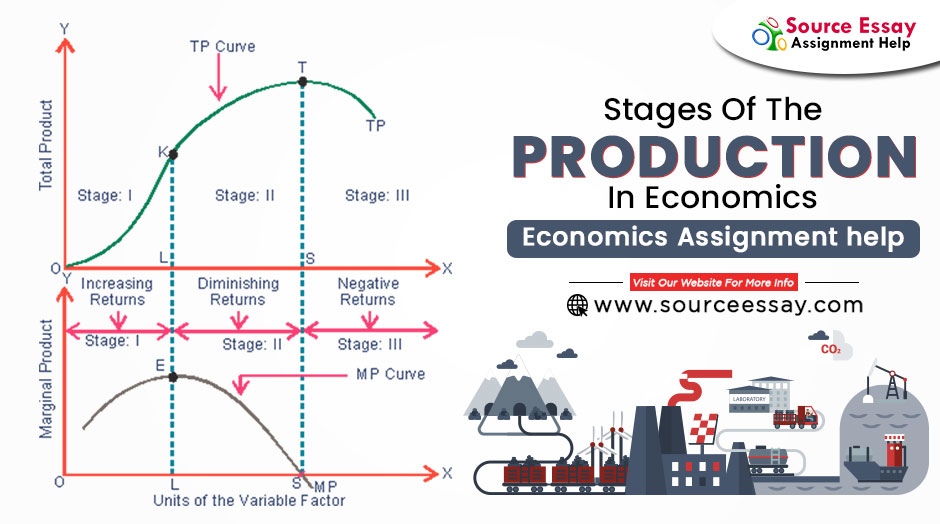 The business firm is basically termed as a technical unit where the inputs are converted into outputs and then into a sale. In the long run, it is essential for having a better understanding of the marginal return received on the marginal product. A secured relationship between all the physical outputs of the production process and its input constitutes the production function theory (Foray,2004). A firm product function shows the relationship between amounts of resources employed and total product.

Resources such as labour are categorized as variable resources because they can be varied quickly and have the ability to change the output range, whereas the adjustment in these resources consumes much more time. On the other side, resources such as the size of the building can’t be altered quickly so they fall under the category of fixed resources (Ganat,2020). Output generated from the production process varied as per time required to change the quantity. As opined by assignment helper, in the short run, at least one resource are fixed contradictory no resources are fixed in long run projects.

So the output can be changed just by adjusting the resources as the size and firm are stable in short-run cases. The length of the long run projects differs greatly because of the production efforts.

The Law Of Diminishing Marginal Returns

As accepted by economist, there are significant stages of production under which all the production process is defined by the law of diminishing marginal returns (Mindlinet.al, 2016).

A law of diminishing marginal returns predicts when some optimal capacity is already achieved then the additional factor added to the production actually responsible for smaller increases in the output. For instance, if a company employs workers to achieve the optimal capacity, and when it achieves, then even after adding additional employees the optimal level will also result in less efficient operations.

Henceforth, the law of diminishing marginal returns can be considered as the most important feature in short-run projects

Henceforth as long as the marginal product is leading in a positive direction, the total product is also increasing.

The Three Stages Of Production Process-

Stage 1– this stage extended with zero input of variable factor to the level of input where it has been analyzed the average product is maximum. As said by economic assignment writer, the fixed factor under this stage is excessive. Similarly, the output can be increased via increasing variable input relative to a fixed input. For instance, in a company, if one worker can produce 5 crafts, then together two employees can produce 15 crafts. At this stage, the elasticity curve also found to be greater than unity as marginal productivity is greater than average productivity. Hence it can be deduced, one per cent change in inputs leads to more than one per cent changes in output.

At this stage average productivity is also equal to marginal productivity; hence elasticity coefficient is equal to 1. That means change lead by one per cent in input causes one per cent change in the output. It can be denoted as 0<_Ep <_1 (Tsukamoto, 2017)

As the marginal product is negative, so it depicts the elasticity is also negative with respect to any change in the input that implies no profit incurred even if factors is added.

To illustrate this, let’s take the previous example, hiring more employees to product crafts will leads to less number of total production.

If you have any and want to take online assignment help experts assistance for your economic assignments, SourceEssay is always ready to provide impactful and accurate assignments solution to students in less time and budget.

Thus this blog successful defines the three stages of production in economic along with determining the elasticity at each stage. Through the study, we are able to figure out the actual role of law diminishing margin returns that predicts when some optimal capacity is already achieved then the additional factor added to the production actually responsible for smaller increases in the total production. We have also defined the impact of fixed and variable resources in the long run and short-run project. In addition to this, we elaborated the three-stage of product process which defines in stage 1 the elasticity curve also found to be greater than unity as marginal productivity is greater than average productivity. Similarly, at stage 2-, the marginal returns start to decrease and the total product is maximum. At last in stage 3, it is eradicated that marginal product is found to be negative and total production starts declining at the same time. If you have any query and want essay helper assistance, get in touch with SourceEssay experts whenever you want.

Bjork, T. (2020). Profits and puppet theatre: Economics beyond permanent stages. Journal of the Oriental Society of Australia, The, 51, 142.