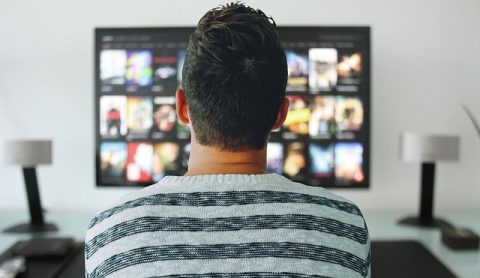 Reed Hastings and Marc Randolph set up the company in 1997 in Scotts Valley, California. It is an Over-The-Top (OTT) video service provider which has subscription-based streaming service as its main business. It also offers a selection of films and TV programs most of which are produced in-house. Netflix now exists in more than 190 countries with over 93 million subscribers and is thus the world’s foremost provider of on-demand video, movie streaming, and TV series.

Marketing Plan of Netflix|
Since 2016 Netflix has ceased dividing its members by geography and has begun managing its 93 million subscribers as a unified audience with matching movie and TV show choices. Netflix has used such groups which the brand refers to as “taste doppelgangers” which means people across boundaries having a similar choice for TV show genres.Netflix uses separate targeting strategy in order to escalate its loyal customers through its subscription-based model.Set up as a subscription-based video on demand plan which is available from anywhere anytime on mobile/Tablets or on TV.

In 2018 Netflix got $16 billion in annual revenue, up 35% year-over-year. It grew its net income to $1.2 billion last year, which was double what it was in 2017. Approximately 139 million users pay between $8 and $16 to Netflix to stream TV shows, documentaries, and films every single month. In the U.S., which is Netflix’s biggest market, aprojected 54% of homes now have the streaming service. Last year, Netflix accounted for 10% of all overall screen time in United States, which adds up to 100 million hours of television per day. In 2018, the company spent around $12 billion on content, up from $9 billion a year ago. In 2019, the company is aiming a content spend of $15 billion. In 2018, Netflix had a free cash flow of negative $3 billion. And they plan to burn through an additional $4 billion next year. The company is stacking on debt to develop its content library of originals. The plan is to balance that expenditure over a period of time as the collection becomes so enormous that even the most ardent binge-watchers can’t go through it all. It’s a daring strategy and so far it’s functioning.

Based on the lessons Netflix learned in 2018, the company is expected to continue to invest deeply in general title marketing. Netflix will continue working to get sizable quantity of its subscribers to watch the same thing at about the same time to trigger discussion around its titles.  Netflix is certain that the effective press it gets about its successes at award shows is worth the marketing expenditure. This sets the company on the same position as legacy content producers like HBO.

The SWOT analysis of Netflix is given below