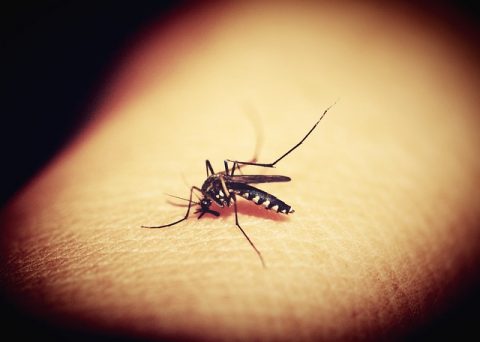 Malaria is a disease caused by Plasmodium parasites and transmitted by female Anopheles mosquitoes which generally bite you between 9 PM to 5 AM. The symptoms of this disease manifest between 10 days and 4 weeks of a mosquito bite.  Once the parasites have entered your body, they travel to your liver, develop, grow in number and then infect your red blood cells.  If you have malaria, you will also experience sweating, chest pain, and cough. Additionally, if you are infected with this disease and an uninfected mosquito bites you, it will become infected and transmit the parasite to other human beings while biting. As far as the treatment of malaria is concerned, it is considered to be a medical emergency necessitating hospitalization. The drugs normally used include chloroquine, quinidine or quinine.

World Malaria Day is celebrated every year on 25th April all across the globe with an aim to raise mass awareness about malaria and ensure the required treatment or preventive measures to people who need them. 25th April 2019 marks the 12th anniversary of the World Malaria Day.  This year’s theme for the day is “Zero malaria starts with me” and it is being held by the World Health Organisation (WHO). This WHO observance day is a global effort to eradicate malaria as soon as possible. This international campaign was initiated in May 2007 by the 60th session of the World Health Assembly. Before the institution of this day, Malaria Day used to be celebrated in Africa. This celebration started in the year 2001, one year after 44 malaria-endemic countries signed Abuja Declaration at the African Summit on Malaria.

Malaria Causes
Malaria is caused by a type of microscopic parasite which is transferred to people usually through mosquito bites. Malaria can happen if a mosquito infested with the Plasmodium parasite bites humans. There are generally four types of malaria parasites that can contaminate humans. They are Plasmodium vivax, P. ovale, P. malariae, and P. falciparum. Out of which P. falciparum causes a more harsh type of the disease and those who contract this form of malaria have a greater danger of death. A malaria infected mother can also pass the disease to her baby at birth. This is known as congenital malaria. Because the parasites that cause malaria affect red blood cells, people can also catch malaria from exposure to infected blood, so it can also be transmitted through:

Other common causes
There are several situations that are associated with a lower risk of malaria transmission.

Immune System Deficiency: You can become infected with malaria even if you have a normal immune system, but people, who have immune system deficiencies, including HIV, are more likely to experience severe effects of the infection.

Newborn Babies- Transmission from their Mother: Some babies may be born with malaria infection, acquiring the parasite from the mother, and not from a mosquito vector.

Blood Transfusion: There have been reports of malaria infection that have spread from one person to another through blood transfusions. In these instances, a blood donor who has acquired an infection, usually from a mosquito vector, typically has not yet developed symptoms of the illness. The transfer of blood cells, which are infected with the parasitic organism, can then allow the parasite to thrive inside the body of the recipient of the blood transfusion.

Lifestyle Factors: Malaria is an infection that is predominantly spread in certain geographic regions with a tropical climate and an abundance of still water, where the mosquito vector that carries the parasite can survive. Lifestyle factors can play a role in whether or not you are likely to become infected with the parasite.

Living in a Region with a High Rate of Malaria: Living in a region that is known for malaria substantially increases the risk of becoming infected.

Visiting a Region with a High Rate of Malaria: Travellers who visit regions with a very high rate of malaria may get infected with the parasite, particularly, as travelers who have not been exposed to the infection before have not developed immunity to the condition.

Environmental Factors: Some factors increase exposure to malaria, including a lack of protective clothing, exposed sleeping accommodations, lack of insect repellent, and lack of immunization, especially when traveling.

Malaria Risk factors
The major risk factor for increasing malaria is to live in or to visit regions where the disease is common. There are many varieties of malaria parasites. The main variety that causes the gravest problems is most usually found in:

Factors like poverty, lack of knowledge and information, little or no access to proper health care system also add to malaria deaths globally. Out of 91 percent of all malaria deaths that occur in Africa — most common are of children under the age of 5.  In most cases, malaria deaths are related to one or more serious complications, including:

Breathing problems: Accumulated fluid in your lungs (pulmonary edema) can make it difficult to breathe.

Organ failure: Malaria can cause your kidneys or liver to collapse. It can also lead to your spleen to rupture. Any of these circumstances can be life-threatening.

Low blood sugar: Extreme forms of malaria itself can result in low blood sugar (hypoglycemia), as can quinine which is one of the most common medications used to fight malaria. Very low blood sugar can cause coma or death.

Malaria can only be prevented if you save yourself from mosquito bites and take antimalarial medications. Pregnant women must avoid traveling to places where mosquitoes can be found in large numbers. Wear protective clothing and avoid stepping out of the house when it is dark. As malaria is a tropical disease, individuals from Europe or North American continents can be affected by this disease while traveling to those regions of the world.