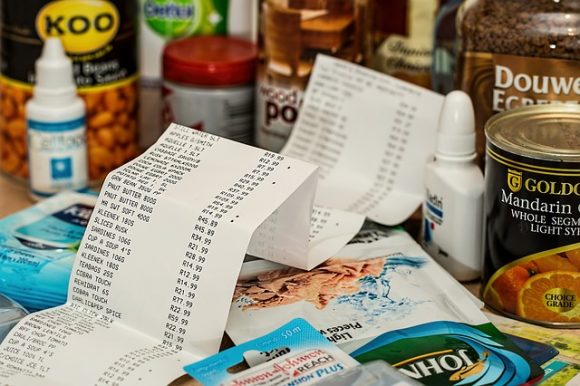 Whether we like it or dislike it, we live in a world that is driven by economics of consumer. On the other hand, some people perceive economics as something that fall within the scope of big government and business, many people fail to understand that consumer economic influences every part of life. A person’s culture, behavior and other attitude of people depicts the way a person consumes. This is called consumer culture (Solomon et al. 2014).

Consumer culture is a field of study that is focused on forming new theoretical knowledge on all the issues that is related to consumption and behaviors of the marketplace. A person’s success is gauged by the success he or she receives in terms of economic, social and professional ladder (Andrejevic, Hearn and Kennedy 2015). This means that success is relative to the shortcomings of others. Materialistic societies allow conspicuous consumption. For many other people, achievements haven been translated into material possessions exclusively available to those who have earned them. People have constantly competed against one another trying to achieve prize, fame and fortune. These are some very important aspects of consumer culture (Storey 2018).

The present economy comprises of companies that compete to sell products to consumers that can outdo one another. The formation of millions of advertisement industry aptly shows the power of promotion of the latest and the greatest competition between consumers. Every product has the power to to be capitalized depending on the potential of its profitability. The influence that competitive consumption has on the lives of people started even before money was valued. Consumer culture has played a very important role in the lives of all the people (Berger 2016).

In many consumerism essays, it has been stated that American culture has created a lot of impact on the cultures globally. United States was the world’s most aggressive national proponent of economic growth and consumerism as the tickets of contentment however it failed to analyse the measures of anxiety, depression and psychological dysfunction in the States.  Consumer culture allowed a positive development in the 21st century and the same has been depicted with the help of essay writing in the past (Baudrillard 2016).

Consumerism has focused on providing the society with its necessary and the unnecessary needs. Many authors have believed that this modern world has been replaced with production of knowledge to consumption knowledge. To justify this manner of thinking, many people have felt that nowadays not everyone is a worker and that everyone is a consumer (Cochoy, Trompette and Araujo 2016). Thus, it becomes important to educate the society on the area that shall be useful for everyone. Some consumer essay writers are of the opinion that what a person buys becomes more important than what they make thus luxury is not a goal anymore rather it has now become a necessity. Humans can be termed as consumers by birth.

Consuming luxury has changed from arousal reducing to arousal seeking. Consumerism helps people with a temporary high on life. Purchasing products with new things makes people feel that they are able to satisfy their needs and that many people do not have the resources to buy luxury items that they are able to afford. This helps in the creation of debt, frustration, competitiveness and frustration. Those people who cannot afford this luxury item show resentment for the people who can. This causes creation of a tension in society and can also create an empire where people competitive and hostile (Granholm and Moberg 2017).

Consumerism essay has also focused on making the people happy as opposed to others. Those people who cannot afford to have good things are forced to live with everyday reminders with the help of advertisements of things that they want but cannot buy. Consumerism does not create a better life rather it creates a life for those people who cannot afford it. Consumers are fully aware of the interested people in consuming appearances rather than consuming objects. People enjoy the status that surrounds the objects they buy or own (Solomon et al. 2014).

The concept of earth community is in favor of creation of relationships and other developing communities by making people come close together. Consumer essay writers have made a good argument showing how consumer culture has allowed people to come close together. People can be a part of a society by simply allowing the latest fashions and other items that are no longer being ignored because of its ethnicity, social status, family name and religion. Items that are high end are decreasing past social restrictions in the present century. High-end consumption allows to do what exactly the critics have learned from bringing them together.  The poor are excluded and the rich population is included in all sense. Consumer culture is a field of study that is focused on forming new theoretical knowledge on all the issues that is related to consumption and behaviors of the marketplace. A person’s success is gauged by the success he or she receives in terms of economic, social and professional ladder. This means that success is relative to the shortcomings of others. Materialistic societies allow conspicuous consumption. For many other people, achievements haven been translated into material possessions exclusively available to those who have earned them. People have constantly competed against one another trying to achieve prize, fame and fortune. These are some very important aspects of consumer culture (Andrejevic, Hearn and Kennedy 2015).

Thus, it can be said that consumer culture makes a person more interested in material possessions than community. It does have many good influence on the community but it also lays restriction on the people moving from the earth community. If people were not that busy trying to get the things they have always wished for they would focus on relationships that are more important. People who have a lot of money are just happy people who do not value relationships over things. However, on the other hand it is also important note here that consumer culture allows the lines of society class fade and form new relationships. Consumerism has ignored the poor but it can create a large community of the upper class and the middle class.