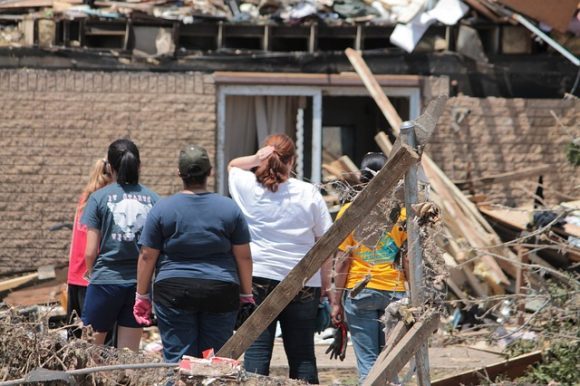 Natural disasters can have a huge negative impact on government finances and economic growth in affected countries and according to the IMF is the second-leading cause of realization of contingent liabilities for emerging market economies, after banking crises. Natural disasters can affect a country’s debt repayment capacity by affecting the economic resilience, fiscal strength and susceptibility to event risk. Countries that are more susceptible to natural disaster risks generally have weaker creditworthiness, reflected in lower government bond ratings.

A natural disaster may eliminate information on borrowers’ creditworthiness accumulated by the disaster hit banks, and thus destroy their managerial capacity to originate loans, including the ability to screen and process loan applications. A natural disaster may also cause damage to borrowing firms located in the disaster affected neighborhood of such banks, leading to decline in the banks’ loan portfolios and risk-taking capacity. In either case, a disaster reduces the damaged banks’ lending capacity. Thus, for those firms that are not directly damaged by the disaster, damage to banks that they borrow from is an external shock that may affect the availability and the cost of external funds they can access.

Natural Disasters Can Have Severe Macroeconomic Impact on Investor sentiments:

One of the biggest problems for areas affected by natural disasters is business disruption. With road, communication infrastructure, and building damage common after sizable disasters, it’s not uncommon for local businesses to be shut down for some time after the aftershocks settle. As companies reel from catastrophic losses, millions of workers are left jobless. With mass unemployment comes a severe cutback in consumer spending and consequently tax revenues are needed to aid in the rebuilding efforts.

Through the attractiveness of ADRs, ETFs and other forms of international investment diversification, the ability of U.S. investors to own shares of companies based abroad has expanded considerably in the last decade. Due to which, owning shares of any given company’s stock can give an investor an interest in a refinery in Louisiana or a gold mine in remote Africa – and it can expose investors to the risks associated with these locales. Less obvious – but perhaps even more significant – are the effects that a natural disaster can have on commodity prices. As a result, oil and gas supplies were affected immediately after hurricane Katrina made landfall. With increased gas pump prices, extra effects included diminished margins for industries –from transportation to consumer goods.