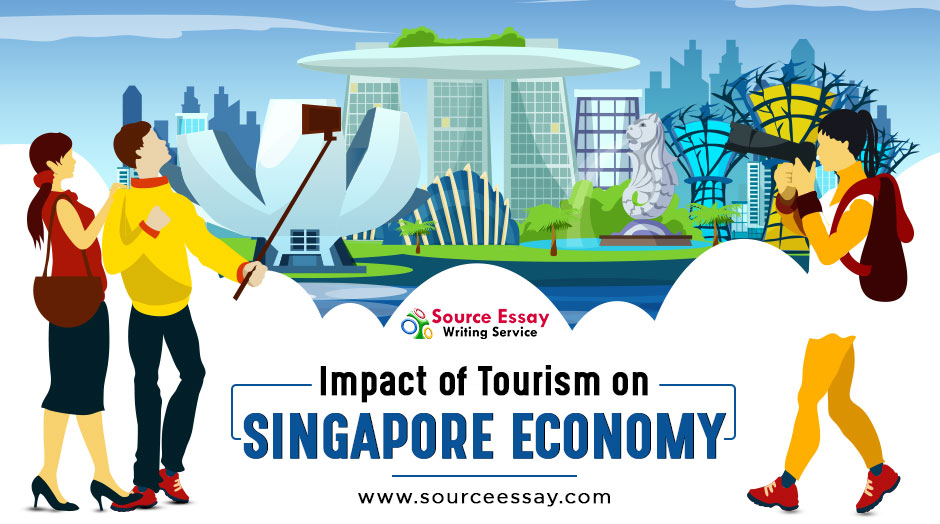 Tourism is found to be a major contributor to the Singaporean economy magnetizing more than 17 million visitors in 2017 (Singapore board statistics). According to the World Travel and Tourism Council (WTTC), Singapore revenue from tourism supports 1,64,000 jobs that also interpose a 4 % growth of gross domestic product (GDP). Recognizing the importance of Tourism, The Singapore tourism board (STB) expand its role beyond the promotion and began to establish Singapore as a tourism hub equally for the tourism industry and tourists. This marked a smart move entrenched creation of iconic products and promotional activities regarding tourism. Therefore Singapore’s economic growth is highly connected with Tourism. This article examines the recent performance of the tourism industry and its impact on the Economy.

In the midst of a growing number of International Visitors Arrival (IVA) in 2009-2017, the Singapore tourism board has been improving infrastructure including the opening of two integrated resorts and development of the cruise industry. This indirectly affects the GDP rate, sales and revenues, job opportunities, and the growth of occupancy.

Based on the report given by the Singapore tourism board, it is estimated, Singapore hospitality sector continues to rank higher closely 17 million visitors arrival by the reach of 2017. Even if the sharp declination of IVAs in 2014  due to economic conditions, Singapore tourism has strongly rebounded with 16.5 million IVA in 2016. This is likely linked to increased flight connectivity of the USA, UK, China, and Indonesia as well as growing sightseeing, gaming, and entertainment.

Tourism experienced remarkable growth in Singapore. The power of tourism when it comes to contributing GDP growth has clearly shown in the given data.

The total trend has shown an increased GDP value in the past 9 years. Notably, Travel & Tourism generated a total impact of $US66 billion of Singapore GDP in 2013(world travel and tourism council benchmarking report 2015). This also becomes twice as large as the retail sector. Based on its direct, indirect, and induced impacts, GDP is enhanced more than half times larger in 2014 by 11.1% value. Evidently, this reflects the economic activities generated by the hotels, leisure industry, airline, and tourist arrivals which in return make a huge contribution to the government revenue (Scowsill2012). You can get more information on GDP growth from the online assignment help services.

Tourism Contribution To Employment From 2009-2017

Employment is the most useful indicator to measure the social impact of tourism. This is because the Tourism industry potentially increases foreign exchanges, strengthen linkages, create employment and help to alleviate poverty.  According to Turner and Sears (2014), Travel and Tourism is the leading employment creator that introduced more than 98 million jobs around the World till now. The income incurred from the tourism shortly eliminates unemployment as such companies restructured their operations.

As shown in the figure between 2009-2017, travel and tourism generated more than 164 million jobs in Singapore. This included employment given by hotels, travel agencies, and other transportation services. Although tourism was greatly affected during the world financial crisis( 2008) that resulted 13.5% reduction in IVAs in the first half of 2009 (Xianming Meng, Mahinda Siriwardana, Brian Dollery, and Stuart Mounte), Singapore tourism board successfully introduced the integrating policies to improve economic growth. In fact in Singapore Compare to other industries, Tourism provides 67% job opportunities in total. You can ask for more information about the employment rate from assignment writers to analyze the statics in depth.

Singapore culture is an amalgamation of Asian and European cultures. A growing number of tourism introduced cultural heritages facilitates interaction between local communities and visitors. So people having different cultural backgrounds adapt to social culture changes arose from tourism.

The government has initiated the preservation of historical monuments. This also covers the development of Marina Bay Sands have 100,000 square meters of MICE space, over 2500 luxury hotel rooms and two states of the art theatres. Furthermore, the Singapore government uses tourism to spread Singapore culture and improving relations with the neighboring countries. For the finding of cultural impact information, you can also ask assignment help from popular writers.

Earlier in 1980, Singapore had generated ample bucks from tourism than from any other industries. Undoubtedly, the Singapore government and private sector had made infinite efforts to increase tourism derived revenue. But the entire things produce a physical environmental impact that surpasses both negative and positive effects. The main positive effects take account of the preservation of monuments, inter-island transportation, improvement of public facilities, and increased indoor and outdoor recreation( (Lee & Back, 2006). On that contradictory, this increases soil erosion, degradation of landscape, damages of public facilities and parking issues (Ko et al., 2002; Harrill & Potts, 2003). To know how severely tourism affects citizens’ life, you can take assistance from the online essay writer.

Tourism is the fastest growing industry in Singapore. This is because tourism potentially generates employment, increases foreign exchanges and promotes development in various parts of the country. Nevertheless, it affects the GDP rate, sales and revenues, job opportunities, and the growth of occupancy. Based on the report of WTTC, travel, and tourism generated more than 164 million jobs in Singapore. This included employment given by hotels, travel agencies, and other transportation services.  To preserve the Socio culture, the government has initiated the preservation of historical monuments. But the entire things produce a physical environmental impact that surpasses both negative and positive effects which should be taken into consideration before forming policies.

To access more information, you can also ask for essay writing help services provided by SourceEssay.