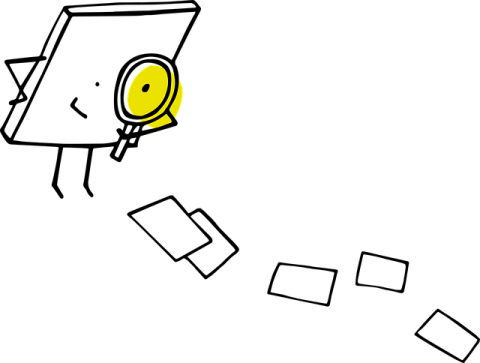 In recent times computation and technology have helped in moving the economies and day to day lives of human beings. In this scenario, the question regarding evidence and its role in innovation has to be tended regularly. The difference lies in whether the product (curriculum, phone or drug) is build before the tests are conducted for rejection or refinement or whether there exist any formal evidence from earlier products which can determine the creation of new product.

Innovation led evidence are extremely productive for attaining outcomes but care should be taken that the outcomes reflect the objectives set for the product. Evidence led innovation however does not include fundamental innovation as in this the products are build only based on evidences from earlier works (TeachThought 2019). When something new is constructed it does not generally mean formally assembling the evidences of the past in a predictable manner but several different insight and fresh viewpoints are needed for forming the product. The viewpoint and insight can be obtained from experiences, observations and intelligence; thus the innovation is not directly or exclusively evidence based. Thus innovation primarily depends on guessing, forming a theory, assessing it and finally comparing it with the outcomes of the theory. The product is the theory in case of technology; in pharmaceuticals the theory refers to drugs while in education the theory refers to curriculum.

Innovation is the main factor which promotes economic growth and has been treated as the prime source of global business competition. The economic growth of a country is known to progress through three layers of technological productivity and change:-growth based on factors, growth based on investment and growth based on innovation. The innovation based economies give importance to R&D (Research and Development), innovation and entrepreneurship. As per Organization for Economic Cooperation and Development (OSLO) manual innovation is defined as implementation of significantly developed or fresh product or services/ processes, organizational method or marketing method related to business practices, external relations or work place organizations (Stuart 2019). The technological innovations are measured with the help of S&T (Science and Technology) indicators which comprises resources dedicated to patents, R&D, balance of payments and technology. However, for science and technology to derive economic growth and development it should promote launching of new processes, services and products in the market; that is it should promote innovation. Thus by incorporating these indicators scientific evidence is offered for effectively designing, formulating and implementing innovation policies at the national level which help in the economic development of the nation.

Research evidence is known to play a vital role in innovation and fresh working processes. Evidence based innovation can be defined as decision forming process which incorporates quality research based evidences. Programs based on evidences form vital part of innovation and can lead to better results. Just because a process has been successful in the development of a new product does not guarantee that it will prove effective for another product (Raghupathi and Raghupathi 2019). Some challenges which can be confronted while following evidence based innovation are:

Innovations based on evidences however have some advantages also:

In some cases quality products are created when they are based on pieces of evidence of earlier products; evidences help to assess the pros and cons associated with the product so that while innovating product which are a keen to earlier products; these drawbacks can be eliminated. In case of innovation led evidence even though the product is completely based on ideas and assumptions and there is little knowledge about the manner in which the customers will accept and adapt to that product; the positive and negative traits of the product remain unknown to the innovators (Forbes.com 2019). Thus launching products which are formed by innovation based on evidences help to attain satisfactory outcomes than those which are not based on evidences but on assumptions. Evidences of products which are similar to the new product help the consumers in getting idea about the newly launched product but the products which do not resemble anyone and are completely foreign to the customers; the customers while adopting those products tend to be reluctant to accept it. Thus sometimes evidence led innovations are more acceptable and welcoming than innovation led evidence.

Innovation led evidence and evidence led innovation are both effective in earning quality result. While in case of innovation led to evidence the customers are introduced to a completely new and fresh product which is unknown to the society and as it is based on assumptions it can appeal to a particular section of the society which is open to experiments and innovations. In case of evidence led innovation people spontaneously accept the product as they have a prior idea of a similar product and they are aware of its usage and drawback (Forbes.com 2019). Thus products which are formed by the evidence led innovation also ensure a quality position in the marketplace. Though there lie significant differences in both these type of products both can help the institution yield quality outcome if they are utilized intelligently.