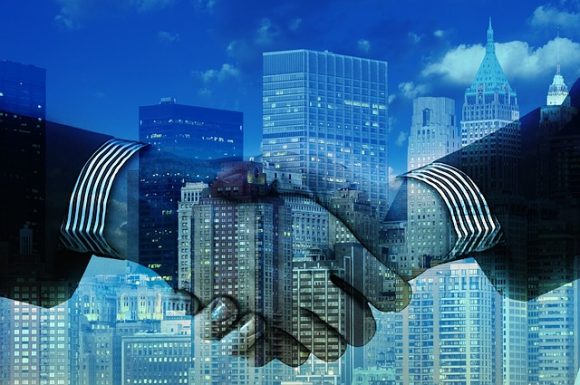 Introduction
The need for corporate governance and exposure is to limit conflict of interests between shareholders and managers, especially the conflicts that is cost generated. This is not a new phenomenon and conflicts between shareholders and managers can be traced back in history. There has many opinion of different scholars who have clearly pointed out that managers should be controlled so that losses are avoided (Labelle & Trabelsi, 2015). The financial scandals such as Enron and the Worldcom were result of the immense powers that were given to the managers. Such scandals can cause the market to crash and jobs being lost. The corporate laws and securities laws govern the corporate governance in Canada (Beekes et al., 2016). In the present research paper, the importance of corporate governance and corporate disclosure shall be discussed along with the authorities that regulate corporate governance in organisations. The paper comprises of literature review, findings and analysis and based on the discussion appropriate conclusion and recommendation is also given at the end of the paper.

Literature Review
In the opinion of Cormier et al., (2018) the directors of Canadian companies have the duty to act in the best interests of the company. The courts have stated that the duty in which the directors are to act in the best interest of the shareholders unless there is nothing remaining for the shareholders to act in the interests such as insolvency. Recently, there has been an attempt to expand the duty of the directors and to broaden the group of shareholders. Such as employees and other communities that is related to the operations of the company. Moreover, the Canadian Public companies are very much aware of the need to act in the interest of the shareholders and also know the ways in which they are to fulfil their responsibility (Du Plessis, Hargovan & Harris, 2018). Many of such concepts have been included as part of the code of ethics and values by some Canadian companies. The companies are required to publicly disclose their securities and the regulatory authority are to inspect their quarterly unaudited and annually audited file and other financial statements (Ghouma, Ben-Nasr & Yan, 2018). They are also required to prepare a file with the regulatory authorities in continuous disclosure stating all the material information with respect to the company and other important information related to business, operations or capital of the company that is expected to be of a higher value as compared to other companies. They are also required to prepare a management circular in relation to the annual general meeting of the shareholders. Moreover, with the above addition other information with respect to the business should should also be included at the meeting. The circular should contain all the information relating to compliance with the corporate governance rules, shareholdings of other shareholders and the director and senior officer remuneration that is part of the report of the remuneration committee (Kaymak & Bektas, 2017).

Findings and Analysis
Based on the investigation, it was found that Canadian Public companies are required to make their public disclosure followed by a filing with the regulatory authority in Canada. In case, there is any change in the business, capital or regulatory the same should be informed to the regulatory authority. Such information should have an important impact on the market price or the value of the securities of the organisation.

Moreover, in the analysis it would also concluded by Kaymak & Bektas, (2017), the directors, senior officers and the shareholders owns more than ten percent of the voting power of the company and they are required to disclose any changes in their ownership change. Recently, the Canadian Public companies and their directors do not have any statutory liability for misrepresentations that take place in the company. Disclosure of the same may be told to make when incorporation is done with respect to prospectus and other offering document is made. Overall, the research that was conducted over the past few years shows direct connection between corporate governance and organisational financial performance. This is consistent with previous literature review topics as well. As per Labelle & Trabelsi (2015), there are several elements related to corporate governance that should have been studied earlier. The ranking scores are deduced with the help of a 100-scale point that comprised of four elements. The first one was with forty points, it would address the composition of the board, and the points were awarded depending on the number of independent directors that were present in the meeting. The meetings would be to review the performance of the members of the organisation. The second component was of 23 points that would address the shareholding and compensation issues. Points are awarded if directors and the CEO are needed to own stock and if the firm is ready to give loans to their officers and directors. The third component would comprise of 22 points containing the shareholder rights issues. The rights would comprise of relation of the directors and other board members.  Finally, the last component would comprise of fifteen points and the same would comprise of disclosure issues. Marks that were awarded for disclosure are on their corporate governance rules, relations with the directors, fees, auditors, board member details and attendance of the director at board and other committee meetings (Beekes et al., 2016).

Labelle, R., & Trabelsi, S. (2015). The economic consequences of disclosure regulation: evidence from online disclosure of corporate governance practices in the US and Canadian markets. International Journal of Auditing Technology, 2(4), 345-363.