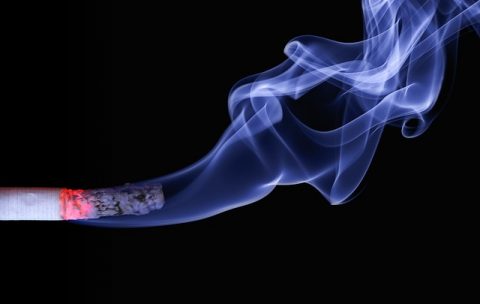 One of the biggest and most challenging health concerns in our society is smoking. Smoking is not a new activity. This practice has been around for ages in different forms. Smoking is presently the foremost cause of death in the world, due to its damaging and addicting substances, such as nicotine and tobacco. Even though millions die from it each year, smoking is the single most avoidable cause of death as well. Without smoking, a great amount of money and lives will be saved. Bans on items like tobacco are difficult to implement, and usually, do not stop all activity. Illegal selling of cigarettes is likely to follow a ban, if not imposed correctly. Cigarette smoking is the source of several health issues, it also includes lethal cancers.  The habit-forming nature makes it a tough task to stay away from once it has been experienced. This is made particularly testing when smoking is attempted at a young age. Evolving and impressionable minds often form addictions faster.

Currently, a cigarette manufacturing machine can use up to 3.7 miles of paper an hour. Tobacco crop uses additional important nutrients than many other harvests, degrading the soil. Probably the most influence of a cigarette on the environment is the making of them. The land used to grow tobacco crops could be put to healthier use by planting more trees or food production. Huge quantities of pesticides, fertilizer and herbicides are used on tobacco crops. Cigarette butts also do a lot of damage as actually they are often made from a form of plastic. The polymer acetate filters consist of thousands of strands that can take up to 15-25 years to dissolve. The dregs from tobacco in the butts also discharge pollutants into the atmosphere. Trillions of butts are discarded each year. These cigarette butts then make their way inside the stomachs of birds and fishes. It is awful to know that some of the fishes that we have consumed may have been tainted by cigarette butts.

Main reasons why cigarette smoking should be banned
Pollution
Cigarettes add to pollutions every day as people smoke them and release toxins into the air. Our air is already wanting in good quality. This is only increasing the problem. Global warming has become the main problem because of the solid inflow of toxins into our air. We also want plants to help filter our air and produce purified clean air to breathe. The air around us is also needed by plants to breathe. Crops grown by farmers in contaminated air, do not give the top nourishment for our bodies. Polluted air and soil is the root cause of these issues.

Cancer
Cancer is the usual result for those that smoke for many long years. Probabilities of escaping cancer are better instantly after giving up the habit. However, the damage to the lungs can be substantial. There are many losses that turn around advanced lung cancer. The lungs of these patients are frequently studied to understand how much damage has happened. They are mostly found to be totally black in colour, like the inside of a fireplace.
The smoking of cigarettes can also lead to cancers of the mouth and throat. The smoke that constantly passes down the lungs harms the delicate tissues of the respiratory tract. There is, therefore, no purpose to permit the usage of a product that is killing people.

The rise of cancer is in many forms. Lung cancer can even happen after the habit of smoking ends. It takes time for the cells to heal themselves once they have been mutilated. Smokers very often regret the decision to try cigarettes when cancer is the diagnosis. Others may be angry after being exposed to unprotected second-hand smoke.

Children
Children are at great danger from cigarette smoking. Those children whose Parents smokes regularly are susceptible to this poison, every day. Young kids that are still growing can be especially vulnerable to the bad effects of cigarette smoke. Children can also without difficulty become hooked when they live in the home with a smoker.

Children that are wide open to cigarette smoke before they are even born can have many problems right away. Pregnant women, who smoke cigarettes, put their newborn babies at danger for prematurity and low birth weight. Pregnant women smoking during and after pregnancy are at risk of Sudden Infant Death Syndrome. Smoking can expose a baby to harmful substances like nicotine, carbon monoxide and tar. Children with smoking parents are often ignorant of the concerns until they start school and learn about the dangers.

The recent laws forbid smoking in the car with children. This is a gigantic step towards shielding children from grown-ups with bad habits. Children that are open to cigarette smoke at an early stage in their life, often suffer from respiratory problems. This can include chronic disease like asthma. The pollutants from smoke settle down into the hair, clothes, and furniture of smokers. Even if a smoker selects to smoke only outside and away from children, the toxins from the cigarettes still make their way to children in the home.

Smoking is a nauseating habit that puts people’s lives at risk. The health concerns have been identified for many years, yet the habit-forming nature of cigarettes has stayed put. It may benefit to ban cigarettes since some people do not have the willpower to fight the problem on their own. A ban holds people responsible for their actions when it comes to illegal substances. Nicotine may not damage cognitive skills in the same way that drugs and alcohol do. However, they do affect vast long-term health matters. Smokers also suffer publicly, socially and not just physically. Cigarette smoking culminates to governing the lives of those who become addicted. Many residential complexes do not want smokers, as the cleaning is difficult when they move out. It is very difficult to totally eliminate the smell as the smell penetrates the walls and carpets deeply.

Unfortunately, smokers are at danger of losing their lives from huge health concerns. Smaller illnesses, like asthma, can also be challenging on the person. Lung cancer is often terminal and can lead to a heart-breaking loss for family and friends. Many people may try to support smoker mend, without any positive result. A ban on smoking may assist to curb pollution, keep children safe and healthy, and leave fewer people lonely. Any kind of addiction can inflict destruction in the lives of the addicts and those close to them.