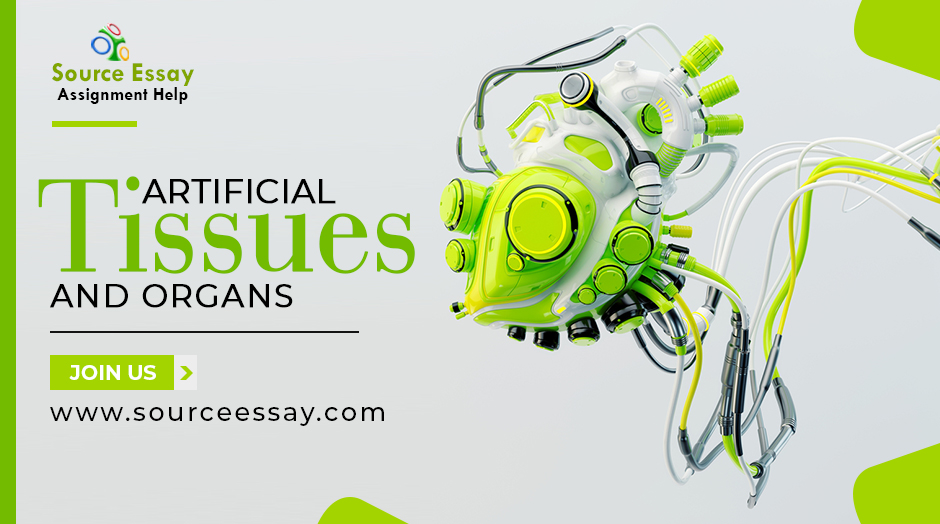 Over the years, organ failure has been leading to thousands of deaths. In many cases, it becomes necessary to transplant organs with a prosthetic device to eliminate the injuries caused by defective organs. There we need artificial tissues and organs based on bionic principles

During the last years, many significant processes have been developed for a successive organ transplant. As per degree of automation, organ transplant technologies are divided into three main parts i.e fully and semi-automated or handmade where each technology has its separate advantages and disadvantage. But all of these technologies hold greater promise to automatically assemble normal cells with other biomedical elements for exclusive transfer of defective organs. In this report, an advanced feature of bioartificial organ transplant along with its successive rate will be reviewed.

Organ failure is the leading cause of millions of deaths, the low survival rate of an individual well as a failure of surgical therapies. Since the memory of man, bioartificial organ and tissues transplant was a dream. Throughout history, it has been seen, man has done many efforts to get prolong life and restoration defective organ.

With the advancement and rapidly evolvement of science and technology, some of the advanced technologies have been proceeding such as multi-nozzle rapid prototyping (MNRP), magnetic adsorption of cells, decellularization of matrix cells which making the bioartificial area more and more attractive day by day.

Most recent advancement of technologies has been identified linked with the integration of heterogeneous multiple cells types and recapitulating predesigned structures and constituting various functions. Thus in a broad sense, it can be said, organ transplant is more like producing organ substitutes with an application of available devices and manufactured organs, Corresponding organs developed is based on bionic principles.

Worldwide, Kidney transplantation is the most solid organ transplanted followed by heart and liver. On the other side, cornea and musculoskeletal grafts are the most commonly transplanted tissues in the human body, however, their outnumber folds are more than ten times folds.

In accordance withSulania et.al, there is no country in the world has sufficient organ donor till date. France, Belgium, Spain, USA, Norway and Portugal have seen as attributing higher rate of deceased organ transplantation rate.

The Rationale Behind Organs Shortages

There are myriads of reasons have been highlighted in the section whether it belongs to administrative, legal or gap in practices of stakeholders. This is not enough, cultural barrier such as language, ethnicity, emotional and religion sometimes play a central role in decision making of organ donation-

Since the demand for organs has been spur, even if their technology is advance and organ transplant could be done with zero per cent stress, organs shortages will be huge problems. If you want to know other reasons behind organ shortages other than that which is highlighted above, you can take asks for relevant data from SourceEssay based Make my assignment Liverpool experts

The concept of organ transplantation was come into the picture in late 2003 with the establishment Centre of organ manufacturing Tsinghua University. Since then more and more study and researches progressed to advanced organ manufacturing connotation (Zaim, SChong, 2019)

A comprehensive study was done to review the serious manifestation of organ failure that leads the death. It has been analysed during the study, the most common organs donor sources are deceased person, but this is not sufficient to attain the global demand. Notwithstanding this becomes highly important to address the shortage of organ issues at an international level.

If we want to enhance the rate of a deceased donor, it is first required to aware of the people about deceased donor transplantation which could be most problematic as people are not in the state to make the decision for oneself. On that note, this leads to steady growth of live donors in the past years.

A live donor is considering having predominating roles than ever. In a report of Donor .

Nephrectomy Outcomes Research Network, around 40% of the kidney donors are recognized as a live donor. However, in most the cases the cadaver donation of Kidney occurs through deceased donation.

The most preferred tissues transplantation or Corneal transplant happens in the state of a deceased person. If a person dies due to accidents, there are chances of organs donation failure, but cornea transplantation from the brain dead person might be easier, but it still depends on the actual timing of the death. (Berthiaume, 2019)

A solid free form manufacturing in 2000 began to be employed in the area of genetic engineering. Later during 2010 and 2014, additive manufacturing (AM) and 3D printing have attained the maximum popularity. Meanwhile, a CAD model was bring introduced to accelerate the rapid pace of organ manufacturing.

The success in the history of organ manufacturing was seen in 2009 when vascularized adipose tissue was developed at Tsinghua University. Later on, Machhaarina and his co-workers developed recellularized tracheal through decellularization of a matrix of epithelial cells. Their findings proved that appropriate biomedical tools and autologous cells help in providing successful treatments for patients in a limited period. Like above-mentioned events, if you want to know organ manufacturing processes and events other than that which is highlighted above, you can take asks for relevant data from SourceEssay based Dissertation writing to help Central Coast experts.

The vital organs are prone to infection, tissues damages, intoxicants and alcohols. Liver damages affect more than 500 million people out of which 2 million death occur each year. Eventually, researchers are trying to give their best to create artificially genetically engineered tissues.

Bioengineering is devising hot new equipment to control remotely the function of the cells and building of the 3D structure of cells.

3D printing thick vascularized tissues composed of three folds thick human cells that can give substantially functionality upward in three weeks. In this customized printed silicon moulds and plumb of printed tissue is being used to build a large grid of thick channels. After printing, it is subjected to liquid composed of fibroblast and extracellular matrix composed of cells. There is research still progressed on to modified and create 3d vascular tissues which can make tissues manufacturing more automatic.

Some other technologies other than above such as electrophoresis, cell gel absorption, cell Layden hydrogels are temporary used to control the flow of fluidity and cell arrangement in the space.

All these technologies are part of bioengineering tools and profoundly surmounted in cell therapy. The first 3d cell-laden latticed structured was used to assemble heterogeneous cells into organic activities with 3D biomarker, and a branch of the vascular network.

Hybrid cell-laden and synthetic polymeric hydrogels were joined into vascularized organs using double nozzle at low temperature where the cell can be preserved even at minus 80 degree Celsius.

On the other side, the half automated additive combined moulding have increased the enhancement of multiscale vascular network having anti-suture overcoats, large blood vessels in a hierarchical arrangement. It is also known as the first man-made perfusable tight network encapsulated with contiguous endothelium lining capillaries

These advancements have progressed in 2014 when implantable elliptic tissues with both neural and vascular networks in synthetic were combined using 3D printing biomarker. With these technologies, researchers can decrease cell content. There will be a presence of synthetic PLGA over the top protecting cell hydrogels from being washed out and get swollen from the phagocytic cells.

Among all the advanced bioartificial organs and tissues transplantation, additive combined moulding and MNRP holds great importance when it comes to integrating multiple structures and forming specialized structure. There would be no challenge or obstacle occur during the formation of multiple perfusable channels arises in the most the solid organ manufacturing. Although at an early stage predesigned cellular vascularized network could be difficult. Like said above, if you are facing difficulties in assignments of CAD model or 3D printing biomarkers, then take immediate assistance from quality assignment help driven by SourceEssay.

The immune system is undeniably critical component behind successful acceptance of organ transplantation, but with this surgical parameters and key determiners of the susceptibility of organ failure might get evolved. In this article, we have reviewed the utmost importance of artificial tissues and organ manufacturing in controlling the death rate. There we identified multi-nozzle rapid prototyping (MNRP), magnetic adsorption of cells, decellularization of matrix cells which making the bioartificial area more promising and bringing successful rate. However due to Socio- culture belief or having desire to burnt and completely reborn without any missing organ or presence of potential teragones producing challenges at the front of organ transplantation. Despite this, the half automated additive combined moulding have increased the enhancement of multiscale vascular network having anti-suture overcoats, large blood vessels in a hierarchical arrangement.

If you want to know more about the multiscale vascular network for your assignment formation, get immediate assistance from SourceEssay assignment writer Wollongong or solve your query at any time