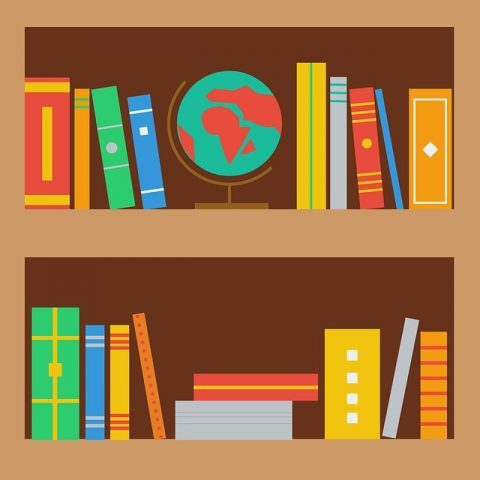 The Antikythera mechanism is defined as an ancient Greek analogue computer which is mainly is to determine the astronomical positions, purpose of astrological, eclipse for calendar. It is also used to determine the four year cycle tracking of athletic games that is similar to Olympiad. In the year 1901, artifacts are retrieved from sea. The dimensions of the device is 34 cm × 18 cm × 9 cm which is founded as one lump that is later separated into three main fragments that is now distributed into 82 separate fragments after conversation works (Jones, 2017). It is mainly a piece of brass which is founded near the wreck which is something that is hanging on the maritime themed wall of dive bar. It is a set of rusted brass gears that is sandwiched into a rotting wooden box.  In the appearance it look likes the machine which has two dozen gears which is laid on the top of another calibrated with the crafter Swiss watch.

It is considered as an apparent mechanism that has sort of calendar, clock, and calculating devices. The scientific analysis is provided by Derek J. de Solla in the year 1959 related to the contraption of date. After conducting deep research study, the researcher has deducted that the mechanism is used to determine the position of the planet and stars in the calendar month. The main motive was to represent the calendar year in order to move separate smaller gears for reflecting the motion of moon, sun and planet. So it is simple to set the main gear in order to determine the calendar date to predict the celestial objectives which are available in the sky of that specific date. It was declared in the scientific American journal that the mechanism is similar to great astronomical clock which use mechanical parts in order to save tedious calculations. It was like a computer where input is given by the user as variables that yield a flurry of complicated mathematical calculations. In the present world the programming is written in digital code whereas in ancient times it was written in mathematical written codes. The main date on one gear is entered by the series of subsequent dear that leads to calculated things such as angle of sun which is crossing the sky. During 1600s the mechanical calculators are used to gear ratio in order to subtract and add the values (Locke, 2017).

The analytical study is conducted by using 3D mapping and modern-ray technology that allows analyzing the remains of mechanism. It is revealed in the research study during 2000s that it is a kind of manual instructions that is inscribed on the part of mechanism which has never revealed. The puzzle related to the machine and how it operates helps to complete the puzzle which is written in tiny typeface.  The mechanism comprises of several clock faces and dials where each has served a different purpose in order to measure the movement of the stars, sun, moon, and planets but all are operated in one crank. It includes little stone which are used to move across the machine in order to show the motion of venue, mercury, Saturn, mars, and Jupiter in the sky. The position of celestial bodies includes sun and moon is relative to the 12 constellations. There are another dial which are used to forecast lunar eclipse and solar eclipse with the predictions related to the colors. As per the lunar calendar there is 19 years lunar cycle and there are 365 days as per the solar calendar.  The phases of moon are shown with the tiny pearl size ball that is rotated.  There is another dial of mechanism which is counted down the days in order to schedule the sporting events around the Greek isles.

It is still not revealed by the researchers that it is used to teach Math to the students so it is considered as teaching tool or it is used for calculations. The assembling of the machine remains mystery that how ancient Greeks has developed this which remains unknown till today.  It is considered as discovery which is aims to change the understanding of human history and it reminds us that the flashes are possible in every human age. Nothing is compared to known that the instructions are preserved elsewhere. It is written by Price in the year 1959 that nothing is comparable to its known from literary allusion.

It is mainly a mechanical calculator which is developed in the year 1902 in the coast of Antikythera (Voulgaris, 2019). The device was founded on a shipwreck among the crete and Peloponnese. The device is currently placed in the Bronze collection of the National Archaeological Museum of Athens. The mechanism is comprises of corroded metal plates which is used to show inside picture so it is also difficult to judge what is mainly done by the mechanism. There are various parts of the mechanism which is already lost in the laid on sea floor. There is only one indicator that is survived as a fragment. The destruction is produced by the Antikythera Research project.  It is determined that there are 35 gears and seven displays that is used to calculate and reflect the movement of stars.

There are approximately 82 parts which reflect that these parts don’t display full operations. It is not possible to identify the total number of lost parts as there are 30 parts that are founded (Voulgaris, 2018). The transmission is not uniform and gear is also primitive one. The mechanism is also repaired which reflect that it is used often. The mechanism is built in 200 BC which has more technological artifacts of pre-Christian period. It is known considered as the first analog computer which is used to make precise calculations that is based on the mathematical and astronomical principles which are developed by the ancient Greeks.

Antikythera mechanism is considered as navigational tool which has the features for example eclipse predications which are important for navigation.  According to the research study, the mechanism is used for teaching astronomy which the limited knowledge of the subject. It is only known artifact which is used to describe in contemporary writing in order to lend strong support to the notion. It was also assumed that the invention is done by Archimedes of Syracuse in order to construct the comparable devices. The replica of the mechanism is placed in American Computer Museum which is located in Bozeman, Montana. It is considered as the world’s oldest geared device. The history of science and technology is puzzled as the device is seems to have high range of interlocking gears that are made up of bronze. It also reveals information related to the moon, plant, and sun against the stars. The device was too fragile due to which it is placed at the National Archaeological Museum of Athens so that the team has constructed a 12-tion portable micro focus that is used for high resolution X-rays in order to create 3 dimensional image and objects (Irwin, 2017). The understanding requires level of astronomical and precision knowledge to the functionality of antikythera Mechanism.  It is observed from the study of Antikythera Mechanism that it was accepted by the makers that the sun is at the center of an orbital system.