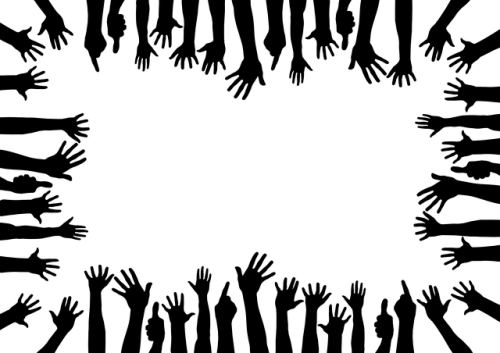 Prosocial behavior can be defined as a simple type of behavior which is done with the main aim of helping other individuals. This type of social behavior should be done with the main aim of helping either the society as a whole or as certain members of society. Some of the different types of prosocial behaviors include volunteering, donating, co-operating, sharing, and helping. According to different social groups, following the norms of society or displaying some kind of socially appropriate way of behaving is also considered in the category of prosocial behaviors. In the majority of the cases, prosocial actions are motivated by either a concern for the welfare of other individuals or those actions might be motivated due to the feeling of empathy. There can also be different scenarios in which prosocial actions might be motivated due to practical concerns or egoistic concerns. There have also been a large number of studies which have been conducted on the topic of altruistic behavior. Some of these studies on altruistic behavior show that prosocial behavior has some evolutionary roots. In this academic writing piece, readers will be able to learn more about the topic of prosocial behavior. Readers will also be able to gain insight into the field of behavior psychology and different motivation antonym.

The Influencing Factors in Behavior Psychology
In this section, there will be a discussion on the different influencing factors which can have an effect on different tendencies which might be related to prosocial behaviors. According to different psychologists, there are two major types of factors which can have an effect on all prosocial behaviors. And those two major types of influencing factors are mentioned below.

There are also a number of maintaining factors which play an important role in providing the individual with an important decision to provide aid in any given situation. According to different researches, individuals who are socially excluded are often less likely to help other individuals and perform any kind of prosocial actions.

Individual Factors
According to different psychologists, individuals are more likely to help others in need or perform any kind of prosocial action if they have been provided with the socialization and learning during their childhood. Different factors such as social learning and operant conditioning can also help in increasing the number of prosocial instances in any individual’s life. This is one of the most important reasons behind why during the early education period children are taught about various concepts like sharing and helping. It is important for parents and guardians to remember that it is extremely vital to positively reinforce such kind of behavior in children from a very young age. This can help in building a more positive and strong society in the future. According to different researches, it has also been found that agreeableness is a trait which is most commonly associated with having a prosocial disposition.

Apart from both these situational and individual factors, there are many other factors which can have an effect on different prosocial tendencies.

The Motivation in Behavior Psychology
The most common motivation antonym is unmotivated. And there are a number of reasons behind why an individual might be motivated to perform any kind of prosocial action. The knowledge of these reasons can help psychologists and researchers from all across the globe to understand the entire concept of prosocial behaviors in a better light. However, according to various behavior psychologists, all prosocial behaviors have come from the principles of natural selection. This basically means that empathy and prosocial tendencies are important for the survival of the human race.

According to some researches, the other reason for performing prosocial behaviors could be the norm of reciprocity. This norm of reciprocity states that if an individual helps somebody out then there is an unsaid expectation between the two that the second person will be compelled to help the first individual whenever he or she might need it. In this section, readers have also learned about the motivation antonym.

Facilitating Prosocial Tendencies with the help of Behavior Psychology|
There are a number of ways through which prosocial tendencies can be facilitated in children. And some of those ways are mentioned below.

These are some of the common methods through which prosocial behavior can be facilitated in children according to behavior psychology.|

The Conclusion
Prosocial behavior can be defined as a simple type of behavior which is done with the main aim of helping other individuals in need. This term was also originally created as an antonym for the term antisocial. The motivation antonym is unmotivated. There are also different factors which can influence prosocial tendencies. And two of those most important influencing factors include situational factors and individual factors. It is important for readers to know that there is a significant difference in terms of motivation for all prosocial and altruistic behavior.