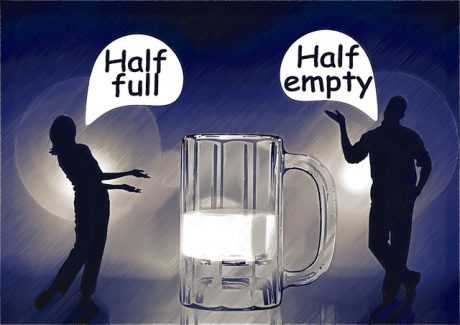 Behaviorism is also known as behavioral psychology. This field takes up a systematic approach to understand the behavior of all animals and humans. This field further revolves around the basic idea that all behavior is learned. There are a number of different types of learning like classical conditioning, operant conditioning, learning through consequences, and many other types of learning. All these types of learning take place when there is a significant amount of interaction of the individual or animal with the environment. A large number of behaviorists believe that it is the interaction of the individual with the environment that shapes the behavior of the individual. The field of behavioral psychology is scientific in nature. And that roughly translated means that behaviorists and researchers from all across the globe try to conduct scientific experiments to further their knowledge of this field and human behavior. One such famous scientific experiment that was conducted in the field of behavioral psychology is the Asch’s experiments. The Solomon Asch’s conformity experiments are also known as the Asch paradigm and they were a series of experiments which were conducted by Solomon Asch. He tried to study the question of how and if individuals defied or yielded to the majority group. In this academic essay, readers will be able to learn about the results of Asch’s experiment and all the other details related to this study.

These are all the different types of conformity.

Asch’s Conformity Experiments
Asch’s experiments consisted of some confederates who knew exactly what was happening in the experiment. These confederates had to pretend that they were the participants of the study when they were present around the actual participant. Then, an actual participant would be placed in a room with the Confederates. Then everybody would be told that they were going to take a ‘vision test’. The line task was then presented in which there were three different lines which were labeled as A, B, or C. The participants then had to tell which out of those three lines was matching with the target line. The Confederates were told what their exact responses were going to be. There were a total of 18 trials and in 12 of those trials the participants answered wrongly just to fit in with what the rest of the participants were answering.

Conformity decreases when the answers are given in private
According to this factor, if an individual provides the answers in private then the level of conformity can decrease drastically.

There are many factors which can influence the level of conformity which might be depicted by any particular individual.

The Conclusion
Behavior psychology deals with the basic concept of behaviors are learned. There are also a number of experiments which were conducted to improve the understanding of this field. One such experiment was Asch’s experiments that showed to depiction of  conformity. There were a number of confederates in the experiment who were told about the exact answer that they had to give. The participants were shows three lines and they had to select the line which matched the most. Most of the participants gave the wrong answer. In most cases, the participants showed conformity. There were also many criticisms of this study.