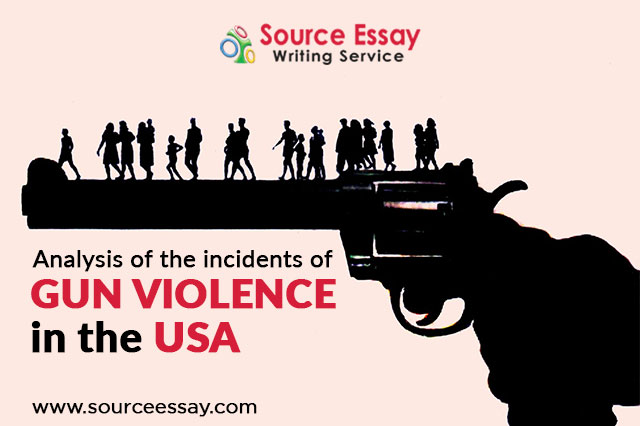 Gun shot in the USA have been becoming a trend which leaves destruction and fear among citizens. Frequently occurring of gunshots in the USA leave 31 people died. This happened in 24 hours. There are various attacks going around the USA, some attackers attack Walmart store, and some occurred at various other places. Every attack causes destruction and left so many people dead. There were mass shootings in Odessa and Midland, Texas and at various places. This gunshot shows Americans the country’s special relationship with the gun.

There is numerous attacks that happened in the USA and each attack associated with a different motive. If we compare the USA with other developed nations America is the most homicidal country. In a large part of America, many people have access to firearms. There are some maps and charts that show America’s gun violence with the other nations in the world. Research shows that in Australia, we have 1.4 percent, New Zealand 1.6, Germany 1.9, Austria 2.2, Denmark 2.7, Sweden 2.7, Finland 4.5, Ireland 4.8, Canada 5.1, Luxemburg 6.2, Belgium 6.8, Switzerland 7.7 and USA has around 29.7. This research is based on the Human development index. This study shows that the USA is far and more ahead of other countries if we talk about gun ratted homicide. This is a serious problem that is happening in the USA. The reviews are compiled by the Harvard school of public health’s injury control research center and it recommends that the USA is an outlier on any gun violence or shooting because it has a number of guns as compared to the other country. Every country needs to control its violence as it leads to mass destruction and so many people died.

The USA has a number of guns than people

The population of America is less than 5 percent of the total world’s population. In the USA people carry a number of guns as compared to family size. For instance, if a family has 5 members but the number of guns definitely more than five. It can be any number 8, 9 or 10 but, surely, the guns are more than the family size. Research shows that around 45 percent if guns are in America as compared to the total gun in the world. If the USA has 100 residents, it has around 120.5 firearms. This is an example. As there are many countries in the world that is more famous for war and destruction. These countries also have less number of firearms as compared to the USA. For example, if we talk about Yemen, it has 52. 8 guns per 100 residents. This is much fewer than in the USA. Canada has 34. 7 guns per 100 residents. Every country has fewer guns as its citizens but America is far ahead than these countries in terms of guns.

From 2012, around more than 2000 gun shots happened in the USA. In 2012, an attacker walked into the school named Sandy Hook. This school is situated in Newton, Connecticut. This man walked into the school with a gun and shot around 12 children, 6 adults and himself into the school premises. This was a heinous crime that occurred in the USA. Since then the number of attacks increased in the USA. This number of 2000 was recorded by gun violence archives. This archive records all the gun shootings happened in the USA in its database. But some shooting recorded and some go unrecorded.  So shooting may be likely missing because do not get recorded in the database. This archive record the data or shooting based on some rules. If more than 4 people get shot down in an incident then excluding the shooter then this shooting is called a mass shooting.

Each day, ether was around one mass shooting in America

A research study shows that if any state has recorded with more guns that deaths in that state are more. These deaths are gun deaths. These gun deaths are both homicides and suicides. If in any community, the number of guns is 100 then the number of gun deaths there is more than 100. This data is revealed by the Injury Prevention and the Center for Disease Control and Prevention. This is the duty and responsibility of lawmakers that they should take strict action against those who involved in these gun shots.

The USA is fat and more ahead in the gun shots as compared to other nations. This is happening because it carries a number of guns as compared to all other nations across the globe. America is only ahead in gun violence and it is not ahead in any other violence. America is ahead when talking about homicide’s death in the nation. This data is given by Duke University. All people in every nation are involved in fights with their friends, peers, colleagues, partners, and families. But carrying a gun in these fights and arguments is not at all acceptable. People in America are more likely to get angry and shot one another in these kinds of fights. In these family and friend’s arguments killing America is far ahead than all other nationalities. People in America pull out a gun and killed another person in family and friend’s arguments.

A study shows that gun deaths happened in some states are more and some have less if all the states have the same number of guns. This is happened because of the strict policies and laws that some states have and some states don’t have these strict policies and rules. Gun deaths are not based on more people or more stress. It depends upon the strict rules in states. There are certainly huge database requires to write a project on the gun shot violence. These databases are quite difficult to extricate from the internet. For this purpose, you need to some assignment writers assistance available on the assignment help services. These writers will aid you in composing factual and real incident based projects round the clock.