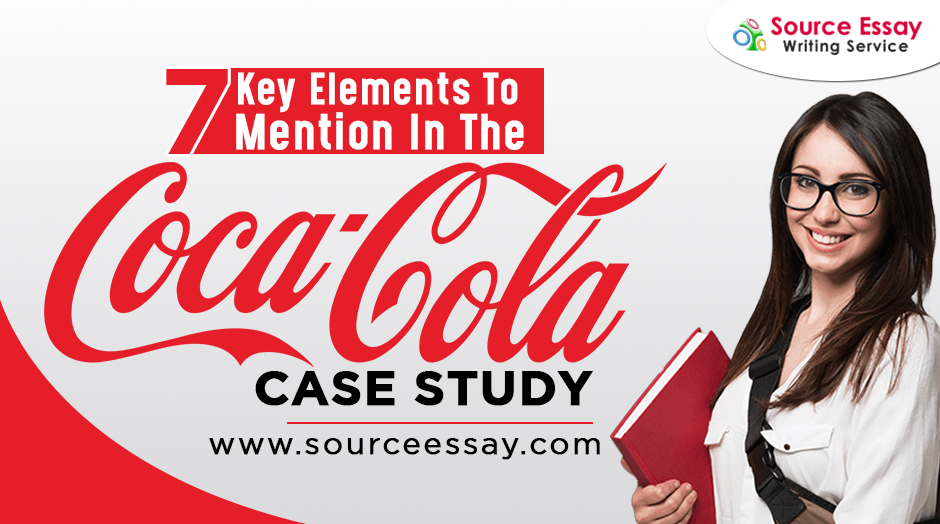 Coca- Cola or Coke is a carbonated soft drink considered as the world largest beverage company provides more than 500 brands. Late 19th century, it was first invented by John Stith Pemberton bought by the Asa Griggs Candler and manufactured by the Coco Cola Company located in Atlanta, Georgia USA. Coca-cola derived from coca leaves and kola nuts whose recipe is still mysterious.

A lot of company has been tried duplicating the Coca-cola recipe but not able achieve successive results. Its tremendous marketing strategies have made its best selling soft drink in the world whose evidence can be found anywhere. Meanwhile, for expanding its beverage portfolio, the coca-cola company has acquired Honest tea, Zico coconut water, Fanta, Minute maid juices, Smart water, Soy-based beverages, Georgia Coffee, Dasani water, Costa Coffee and many more (Maamoun, 2020).

According to the National Council of applied economic research carbonated soft drink industry holds an output multiplier effect of 2.1. This symbolizes if one unit of output of Beverages increased, this has twice output effect on the economy by its direct or indirect means which can further employ 410 works (Al Tunaiji, 2019). These are some background information holding a significant place in economic growth. This article will outline the anticipated changes in the business operation of Coca Cola Company and key elements which should be a part of the Coca Cola case study.

The Coca Cola company who is a manufacturer of non-alcoholic beverages focuses on the consumers rather customer. According to online assignment help experts it has to build dynamic strategies and tweaks as per the demands of its consumers and the adhered growth. They follow combine objectives which are-

Portfolio– Bringing vicissitudes, keeping desire and needs of People as a base, the company tries to increase the product quality.

Partners– Having an eagle eye on the supplier and customer networks, together they try to establish the enduring value of the product.

Planet– As a responsible citizen helping and supporting communities is their first choice.

Profit– Maximizing the profitability and long term shareowners are their responsibility.

With the pace of time, this vision has been replaced by a new objective –

To ensure great workplace and high productivity, introducing the best quality beverages for different genres by maximizing the profits for shareholders and maintaining sustaining communities

This matches the set criteria and covers all the shortcoming of the previous vision. This is why it is highly recognizable (Serôdio et al 2018).

Thus The mission of the company as follows-

Coca Cola follows broad business strategies. As per essay writer in terms of quality, packaging and pricing, the company falls inside the top three largest beverages industry implies a quality appeal to many consumers. The company has a strong value chain system localized in more than 200 countries across the globe (Brondoni, 2020).

By expanding marketing potential, The Company always tries to create a large customer base. When we talk about its market growth, Net revenue grew 16% to $9.1 billion for the quarter and 9% to $37.3 billion for the year in 2019. Earning market per share grew 134% to $0.47( Coca-cola, 2019). Despite adverse currency flow, the company has experienced 37% increased cash flow due to strong underlying growth, accelerated working cash flow initiatives restructuring cost and reduction in productivity.

Company is targeting to reduce calories in their products through balance calories initiatives. Further to make it eco friendly, it has invested $19 million for a new bottle-to-bottle recycling facility in the Philippines. In the USA, it has collaborated with its major competitors to launch “Every Bottle Back” program for increasing the amount of recycling programs (Coca Cola, 2020). To know how Coca Cola is business strategies affects the revenue, you can ask assistance from assignment help experts.

Currently, the company has six research and development centre across the globe. Each of the research centres is working with the regional coke marketing teams to foster region-wise productivity or locally requirements.

As per Statista 2019, the company had 62,600 employees in the year 2018. It employs human right policy concerning diversity and inclusion, Freedom of association and collective bargaining, workplace security, guidance and reporting of employee, community and stakeholder engagement and human right protection (Bista, 2019).

7 Key Elements To Mention In The Coca-Cola Case Study

Thus we can say, being the largest beverages company, Coca Cola Company focuses on the consumers rather customer creating value and maintaining sustaining communities. It has built dynamic strategies and tweaks as per the demands of its consumers and the adhered growth. Due to its uniqueness, a lot of company has been tried duplicating the Coca-cola recipe but not able to achieve successive results.  . In terms of quality, packaging and pricing, the company falls under the top three largest beverages industry implies a quality appeal to many consumers. Its tremendous marketing strategies have made its best selling soft drink in the world whose popularity can be seen everywhere. But now company is targeting to reduce calories in their products through balance calories initiatives and various programs. Currently, the company has six research and development centre across the globe. Through major steps in the direction employee well being, it has regulated human right policy concerning diversity and inclusion, Freedom of association and collective bargaining, workplace security.

If you are unable to write case study on Coca Coca and its diversification, you can ask help from the superior team of case study assignment writer of SourceEssay. This is a popular writing service among students serving case study help on the subject matter.

Bista, S. (2019). Sustainability in Business (A critique of environmental sustainability practices in Coca-Cola and Unilever).