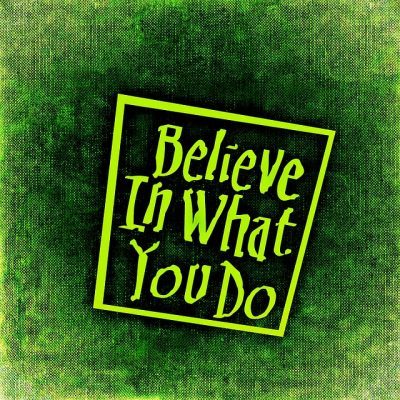 Hierarchy of Needs by Maslow

Motivation is defined as the willingness or the reason behind any action or behavioral pattern which might be displayed by an individual. Maslow was also intrigued by this concept and he came up with his theory of the hierarchies of need. However, before proceeding to discuss the theory in detail, it is important for readers to learn about the life of Abraham Maslow. The complete name of Abraham Maslow was Abraham Harold Maslow and he was an incredibly famous American psychologist. Abraham Harold Maslow was born on 1 April 1908 and he died on 8 June 1970. He is best known for his theory on motivation and he also worked as a psychology professor at Alliant International University, New School for School Research, Columbia University, Brooklyn College, and Brandeis University. As a psychologist, he believed that one should always focus on the positive qualities of people instead of viewing individuals as ‘bags of symptoms’. In 2002, Abraham Harold Maslow was also ranked as the 10th most cited psychologist of the 20th century.

Hierarchy of Need is a motivation theory which consists of five different levels. These levels represent the model of human needs and are popularly depicted in the shape of a pyramid. Maslow clearly stated in his theory that the needs which are mentioned at the lower level of the pyramid need to be satisfied first before the needs of the upper levels can be satisfied. The five needs which were given by Abraham Harold Maslow from bottom of the pyramid to the top are:

This level refers to the most basic needs which an individual can have. These are also commonly known as the biological needs of an individual. For example, drink, food, shelter, air, clothing, sex, sleep, and warmth. It is important for readers to remember that if these needs are not met then an individual cannot survive and all the other needs of the hierarchy take a secondary position.

If the physiological needs of an individual are met then the individual is motivated to work hard to achieve his or her safety needs. These needs refer to the requirement of an individual to seek protection from elements, order, law, security, stability, and freedom from fear.

This is the third level of needs and this level of needs basically refers to the requirement of an individual to be loved or have interpersonal relationships with the other members of the society. Some common examples of those types of needs are trust, friendship, acceptance, giving affection, giving love, being part of a group, and many other things.

According to Abraham Harold Maslow, esteem needs can further be divided into two types. And those two types of esteem needs are esteem for oneself and the desire for respect or reputation from others. This particular need is especially important for children and adolescents. In the case of children and adolescents, these needs can even precede actually dignity and self-esteem.

This is the last level of need. And this level basically refers to a condition in which an individual ends up receiving the highest personal potential and a sense of self-fulfillment. At this level, an individual seeks to get peek experiences and personal growth.

These are all five levels of motivation in Abraham Harold Maslow’s hierarchy of needs.

In this section, readers will be able to learn about the McClelland Motivation Theory. However, before proceeding to that discussion, it is important for readers to learn about the author of this theory. David Clarence McClelland was an American psychologist. He was born on 20 May 1917 and he died on 27 March 1998. He is most popularly known for his theory of motivation and has also developed a number of works between the 1950s and 1990s. He is also known for the new scoring system which he developed for the Thematic Appreciation Test (TAT). In 2002, David Clarence McClelland was also attributed as the 15th most cited American psychologist of the 20th century.

This need basically refers to the fact that all individuals want to achieve something in their life. Those long-term goals can be different for everybody. There are also certain characteristics which are consistent with individuals who are in pursuit of achieving something. And some of those characteristics are complexity, responsibility, high performance, and creativity.

Human beings are social creatures and all individuals desire to belong to a group. This need can both be high and low. When this need for affiliation is high then an individual is more likable and makes efforts to follow the desires and behavior of the entire group.

This is the last need which was added later by David Clarence McClelland. According to him, this particular need ends up surfacing when an individual wish to avoid a situation and not attract any attention towards him or herself.

These are the four different types of motivational needs, according to David Clarence McClelland.

Motivation is often defined as the reason why an individual might be displaying any behavioral pattern or pursuing any aim. Psychologists have always been interested in this topic and that is why many have given theories on this topic. The two most famous theories on motivation are the Hierarchy of Needs by Abraham Harold Maslow and the McClelland theory of Motivation by David Clarence McClelland. In both of these theories, these American psychologists attempt to explain the reasons why an individual might be motivated and what exactly does serve as motivation.