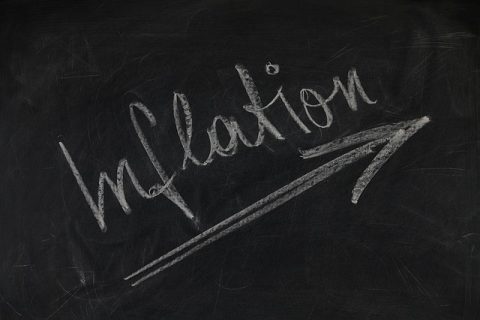 Inflation is the situation in economy where the prices of every commodity increase at an increasing rate and decline in purchasing power of an individual. It creates a situation where supply of money increases in the economy due to which the prices are high. Bank is money regular in the economy who lends money at interest rates. The banks are regulated by the reserve bank of country such as Reserve Bank of Australia who fix repo rate, cash reserve ratio, statutory liquidity ratio, reverse repo rate, and others (Ball, 2017).

During the situation of inflation in economy the role of banks are significant in controlling the present scenario. Monetary policy needs to be applied by the banks where the rate of interest can be increased by the banks which discourage individual to lend money. It helps to control the flow of money in the economy. Whereas during deflation the money can be increased by the banks by reducing rate of interest which encourage individual to lend money for investment and business growth.

The relationship between banking system and inflation is reverse which helps to stabilize the economy by controlling money demand and supply. In the US, the interest of banks is based on the federal fund rate that is determined by the Federal Reserve. Once the interest rate goes down by the banks then people start taking higher loan which increases the money supply in the economy. High interest rate leads to reduce the disposable income which contracts the money supply in the economy. The inflation and rate of interest are inversely correlated. The role of central banks is significant in regulating money in economy (Auer, 2017). It role of banking system is significant which needs to be understand for circulating money in the economy.

The inflation is one the economic situation where the price of every commodity goes high due to which price of production also goes high. It increases the cost of product and services which directly which limit the purchases of buyer. The interest rate and inflation are related to each other strongly. The interest is a cost of money when the money goes lower than the spending increase but cost of goods become relatively cheaper.

Interest rate is paid by an individual on borrowed money. If the rate of interest increases then high interest needs to be paid on borrowings. It discourages an individual to borrow huge amount from banks.

Similarly, if the bank increases interest rate of savings then it encourages the individual to spend more amounts of savings from their disposable income. It helps to collect money from economy which contracts the money supply in the economy. It reflects that there is positive correlation between the rate of interest and inflation.

Thus the money supply in the economy is affected by the change in rate of interest which reflects that there is strong correlation between them.