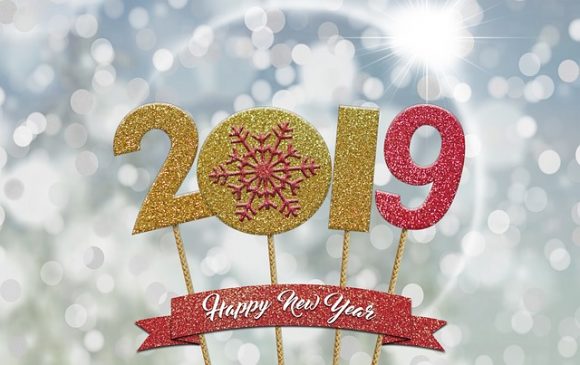 The excitement around celebrating New Year’s Eve in Canada is gearing up as the year is finally coming to an end. There is an entire lineup of fun and feasting parties from the west to the east coast that you just can’t miss. Come New Year’s Day and imagine waking up in an impeccable winter paradise with amazing activities to enjoy in Canada. Here is your guide to the best parties and venues to ring in the New Year:

Niagara Falls, Ontario
Every year, Niagara Falls organizes a New Year’s Eve party in Queen Victoria Park. The evening will have fireworks going off over the canyon and features renditions from well-known bands and artists. The natural landmark in Canada keeps visitors enthralled all year day after day but the real magic begins once the night falls as the rushing waters get covered in colored lights from the firework show. Catch the Winter Festival of lights at night from November 18th to January 31st and witness this marvel getting transformed into a spectacle with illuminated displays and sparkling lights.

Toronto, Ontario
Welcome 2019 with glamour and gusto as the top-notch hotels in the city reinvent the glorious days of disco and nightclubs with epic dance parties. The remarkable hotels will put up magnificent and glittering shows of art, dance, and music. For those who love outdoors, activities like ice skating and fireworks will keep you busy. Enjoy cool countdown parties with your loved ones at Harbourfront Centre, Gladstone Hotel, and Nathan Philips Square.

Ottawa, Ontario
The Scottish Society of Ottawa is bringing their Hogman-eh! Festival for the party lovers! The festival at Lansdowne’s Aberdeen Pavilion is a family celebration that offers Highland-themed evening. Running consecutively for 7 years, this annual ritual showcases Scottish musical entertainment. You can also enjoy the Scottish buffet and drinks here. There are exclusive children’s activities for the little ones including an earlier countdown to the New Year. Wrap up your night with a stint of Scottish and Highland dancing and seeing fireworks at midnight. Parliament Hill put up great fireworks show too so that’s another great option to watch the aerial spectacle.

Vancouver, British Columbia
Coal Harbour is set to host the biggest New Year’s Eve party in Canada. The night promises to pull huge crowds for its epic fireworks show, music concerts, feast trucks, and live entertainment. The celebrations kick off early in the evening and go on after midnight. Riding on the humongous success of the last year, the organizers are planning to make the event bigger and better this year. In addition to the outdoor festivities, there are plenty of paid options that include special features.

Yellowknife, Northwest Territories
This destination calls out those people who desire a somewhat unusual start to the New Year. The Arctic North in Canada is a retreat for explorers. If you happen to be an adventure seeker, this place offers a lovely festive season. You can skate across frozen waters, enjoy a fantastic snowmobile ride, and hop on for a cross-country skiing activity. There are plenty of activities to try out for the adventurous kinds.

The serene towns and bustling cities make Northwest Territories a favorite New Year’s Eve celebration destination and the capital of the province, Yellowknife, is at the top of any traveler’s list. The city is thriving amid the vast and unsullied boreal forest. The city’s fireworks that start off the night are just the beginning of the spectacular show that follows. There are numerous happening New Year’s Eve parties across the city that you could attend. The best place to spend the night would be the Aurora Borealis where nature puts up its own lights show. View the swirling Northern Lights in the clouds and revel in nature’s marvel. What’s more, you can hire a comfy cabin or covered tent to make the night even more special.

Halifax, Nova Scotia
When it comes to partying, Halifax offers a bouquet of great festivities for New Year’s Eve celebrations. You can attend the free outdoor bash at Grand Parade that boasts of one of the grandest fireworks shows in Nova Scotia. Hatfield Farms also throws gala dinner and dance party at the New Year’s Eve. The party includes sled rides, music, and bonfire. What better way to start your New Year than laughing all the way into 2019 at the dinner plus comedy show. Time to raise a toast!

Quebec
Basking in the adorable charm that the province lends to the winter holiday season, Quebec is easily Canada’s favorite end-of-the-year celebration destination. Whether it is the outdoor celebration at Grand Allée with extensive fireworks or the Old City open-air partying, there are countless delightful warm outdoor parties to buy a drink and dance your way into the final countdown. Ride the Ferris wheel at the National Assembly Square and make the stroke of midnight worth the wait.

Montréal, Quebec
Montréal throws the most stylish and lavish New Year’s Eve parties in the whole of Canada. If you love to party in style, L’Olympia is the right destination for you. The illustrious jamboree draws thousands of people who come down from all over the world to entertain them and start the New Year on a high note. Apart from the rocking parties, there are various low key affairs that are equally entertaining such as the festivities at La Boom, Roxbury, and Rouge nightclub. Not a club person? Don’t’ worry as Montréal treats you with its picturesque Old Port that offers lots of exciting adventures like fireworks, live entertainment, and ice skating in addition to the outdoor party that continues till the wee hours of the morning.

Banff, Alberta
Indulge in winter sports like skiing or ride in a whirlpool or gaze at the Rockies; you can do all this and much more when you decide to spend your New Year’s Eve in Banff. The evening calls for exploration of the local food stalls before you head off to Caribou Street or Banff Avenue for the midnight countdown. Feel the authentic winter utopia surrounded by the alpine trees and watching stunning fireworks as the clock approaches the midnight hour.

Calgary, Alberta
The perfect way to see off the year is to bundle up with your family at the Calgary Olympic Park and enjoy an evening of skating, soulful songs, fireworks, and family entertainment shows. You can out the schedule for ZOOLIGHTS program, which features a dazzling fairyland in the conservatory. The Black and White Gala and the Mystique Ball offer a sophisticated evening with appetizers and bubbly throughout the night.

Winnipeg, Manitoba
The capital of the province of Manitoba offers some of the finest dining destinations including Bonfire Bistro, Wellington Steakhouse, Segovia that take reservations on special occasions such as the New Year’s Eve. You can reserve a table and say goodbye to 2018 with amazing culinary delights. The Goodwill Social Club hosts the chicest party in town for the enthusiastic crowd to ring in the New Year. The Forks is a family-friendly venue where you can enjoy the most with festive illuminations, live amusement, and fireworks. There are several activities including the art stalls and horse-pulled cart rides that keep the children entertained. The RBC Convention Centre is set to sparkle and look its best as it hosts the biggest annual NYE party in Winnipeg.