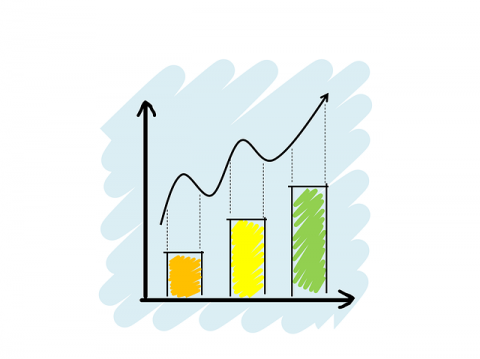 One thing which separates human beings from other species on the magnificent planet is the fact that all human beings are self-conscious. This means that all human beings are aware of their own feelings, emotions, desire, and other facts about themselves. This further means that every human being has an innate desire to learn and grow. The only way through which new learning can take place is with the help of science. There have been many theories on the very nature and ethos of science. There are also many definitions of what science should actually be. However, most experts tend to agree on the fact that science is the systematic enterprise which organizes and builds knowledge in the forms of different predictions and explanations are testable in the real world scenario. It is important to test the word ‘testable’ within this definition. Original roots of science can be traced to 3500 to 3000 BCE. But in this academic writing piece, the focus will only be on the theory of scientific ethos which was given by Robert K. Merton in 1942.

An Introduction to Robert K. Merton
Ethos is basically a Greek word that means characteristics or character. In this particular theory, Robert K. Merton actually tries to define and set boundaries regarding what scientists should do, should be allowed to do, or what will be good for a scientist to practice. There are many norms in this theory. However, before proceeding to that part, it is important for readers to first learn about the man who gave this theory of scientific ethos.

Robert K. Merton or Robert King Merton was known as Meyer Robert Schkolnick at the time of his birth and during his early years. He was born on 1 July 1910 and died at the age of 92 on 23 February 2003. He was an American sociologist who had spent a major part of his career while teaching at Columbia University. He held the rank of a university professor at that time. He is also known as the father of modern sociology and was awarded the National Medal of Science in 1994 for finding out about the sociology of science. He has also grown a considerable status for all his substantial contributions to the field of criminology. Robert K. Merton has left a very strong legacy behind and he did a lot of considerable work and gave a number of theories. But out of all those theories, the most popular one is that of the theory of scientific ethos.

The Basic Concept and Definition of Science
According to Robert King Merton, science is a very inclusive term that usually refers to a number of different interrelated items. However, this term is usually used to denote the following items:

Different characterized methods through which knowledge can be certified
The application of the above-mentioned characterized methods and the stem of knowledge which grows out of it
Mores and cultural values which governs all the activities which are considered to be scientific
Now, after learning about the items which can be denoted by the term ‘scientific’, it is important for the readers to learn about the basic concepts of the theory of scientific ethos by Robert K. Merton. Those basic concepts have been converted to a list of points. And those points are:

The norms which are stated by Merton dictate everything which would be good for a scientist to do, what a scientist must believe that he or she is allowed to do, and what would be good for a scientist to do. This means that Robert K. Merton ends up laying down some rules which every scientist should follow to ensure that he or she does not fall short in his or her pursuit to grow the spectrum of knowledge in any particular field of interest
Robert K. Merton states that there is no rulebook which one can follow to carry out the perfect scientific research. Instead, scientists should pay attention to other scientists in the same field to check what works and what might not work
Robert K. Merton also talks about the fact that the entire debate of scientific norms becomes relevant when scientists are not carrying out research in an effective manner. This entire debate would become irrelevant if every scientist is conducting proper research
These are major points of the theory of scientific ethos which was given by Robert K. Merton.

The Mertonian Norms or the Theory of Scientific Ethos
In this section, the readers will be able to learn about the major crux of the theory which is also known as Mertonian norms. According to Robert K. Merton, there are four norms which should be followed in all fields of science. These norms are also known as CUDO norms. And these four CUDO norms are:

Communism
This norm basically states that common ownership of all scientific goods is vital and is also integral to science. This norm is completely incompatible with the practices of private ownership, private property, or a capitalistic economy. This common knowledge of scientific goods will allow various individuals and parties to conduct an open conversation without hiding anything. This is also good for the entire society.

Universalism
This norm states that scientific goods should be accessible by all individuals from all across the globe. According to Robert K. Merton, there are two aspects to this universalism. In the first aspect, it is stated that all claims which are made by a scientist should be subjected by a similar standard of impersonal criteria irrespective of nationality, culture, gender, or race of the scientist. The second aspect was that the scientific career and knowledge should not be restricted on any grounds apart from incompetence.

Disinterestedness
This norm states that scientists should not be concerned with personal gains and should instead act on the greater good of the entire society as a whole. This would also lead to the maintenance of a low rate of fraud within the scientific community.

Organized Skepticism
This is the last Mertonian norm and according to this norm, skepticism or the suspension of judgment for a particular amount of time is vital to scientific institutions and scientific methodology. It was also believed by Robert K. Merton that the maintenance of this skepticism is vital for the advancement of science, growth, technology, and the entire world.

The Conclusion:
Robert King Merton was an American sociologist who worked as a professor at Columbia University for a large part of his career. This American sociologist has made a substantial contribution to the fields of science and sociology. However, his most famous work is on the theory of scientific ethos. Robert K. Merton gave this theory in 1942 and in this theory he goes on to explain the norms and everything else which a scientist should do for the advancement of science and for carrying out research in a proper manner. There are four major norms in this theory. And those four major norms are organized skepticism, disinterestedness, universalism, and communism. It is important for a scientist to follow all these norms to ensure that scientific progress can take place in a positive and progressive manner. These norms are also known as CUDO norms.