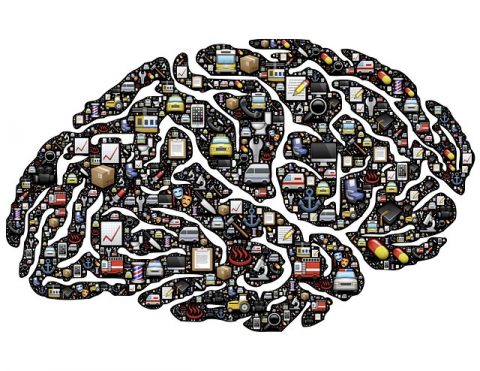 Psychology is defined as the scientific study of all sorts of behavior and mental processes. There are many concepts which are an important part of this field. And some of those concepts include cognition, behavioral therapy, psychotherapy, id, ego, superego, emotions, thoughts, and other concepts. Cognition, on the other hand, can be defined as the mental procedure or action which is performed by an individual to acquire knowledge and understanding with the help of experience, thoughts, and senses. There are many intellectual functions which are an important part of cognition. And some of those intellectual functions include attention, memory, the formation of knowledge, evaluation, judgment, problem-solving, decision making, reasoning, prediction of language, and comprehension. Many researchers have conducted thousands of experiments in the field of cognition. And one such experiment was on the topic of cognitive dissonance. Cognitive dissonance can be defined as conflicting beliefs, attitudes, and behavioral patterns. In this academic writing piece, readers will be able to learn about cognition, the theory of cognition dissonance, and the entire experiment. All those topics of discussions are mentioned below.

An Introduction to Cognition

Cognition can be defined as the procedure through which knowledge and understanding can be acquired. This acquisition of knowledge and understanding can occur through the means of experience, senses, and thought. There are many different fields which understand this concept through a number of means. And some of those fields include psychology, psychiatry, neuroscience, education, anesthesia, linguistics, anthropology, biology, logic, systematics, philosophy, and computer science. It is important for the readers to remember that the word ‘cognition’ was taken from the Latin word ‘cognosco’ which means to recognize or conceptualize. There are many different theories in the field of cognition. And some of those theories include cognitive development theory by Piaget, Unified theory of cognition by Allen Newell, cognitive dissonance theory, and other theories in the field of cognition. In this academic writing piece, the focus will only be on the theory and experiment of cognitive dissonance. The theory of cognitive dissonance is mentioned below.

In the simplest possible terms, cognitive dissonance can be defined as the situation which involves conflicting beliefs, attitude, and behavior. Cognitive dissonance often leads to some sort of mental discomfort for the individual and hence, it is important for the discomfort to be reduced or balanced. This is done by altering the belief, attitude, or the behavior of an individual so that there is a balance between all those three components. To understand this concept in a better manner let’s consider an example. If an individual is indulging in the habit of smoking but knows that smoking is dangerous to his or her health then that individual ends up suffering from cognitive dissonance as there is a conflict between the behavior of the individual and his or her belief or cognition. To resolve this situation, that individual can either choose to believe that smoking is in fact not harmful to his or health or he or she can stop smoking completely.

According to different sources, the topic of cognitive dissonance was first investigated by Leon Festinger who was a very famous American social psychologist. According to him, it is important for harmony to exist between all attitudes and behavior. Every individual further has an inner drive to avoid dissonance at all costs. Leon Festinger called this the principle of cognitive consistency. He further stated that if dissonance or inconsistency exists between the attitudes and behavior of an individual then a change is required to stabilize that condition. There are also three different ways through which dissonance can be reduced. And those three ways of reducing dissonance are mentioned below.

In this method, an individual chooses to either change his or her behavior, belief, or attitude. However, the biggest problem for this method is that individual often faces problems while changing behavioral patterns which are well learned.

These are the three main methods of reducing cognitive dissonance.

James Carlsmith and Leon Festinger asked students of an introductory psychology class at Stanford University to take part in this study which consists of a series of experiments. There were 71 male students in this experiment who were also asked to be completely honest in the interviews which were asked after the experiment was conducted. In this experiment, the subjects were asked to conduct a number of mundane tasks which were nonsensical and boring. The subjects were also divided into two groups named A and B respectively. The members of group A were not given an introduction to the tasks but the members of group B were given an enjoyable and interesting introduction to all those tasks. Once those tasks were completed then an interview was carried out in which the subjects were asked regarding whether they found the tasks to be interesting or not.

Cognition can be defined as the process of acquiring knowledge and understanding through the means of experience, senses, and thoughts. On the other hand, cognitive dissonance can be defined as the situation in which there exists a conflict between different attitudes, behavior, and belief. There are many theories on this concept but the most famous theory is the theory of cognitive dissonance which was given by Leon Festinger. Leon Festinger and James Carlsmith conducted an experiment to give this theory. That experiment was able to shed more knowledge on this concept.