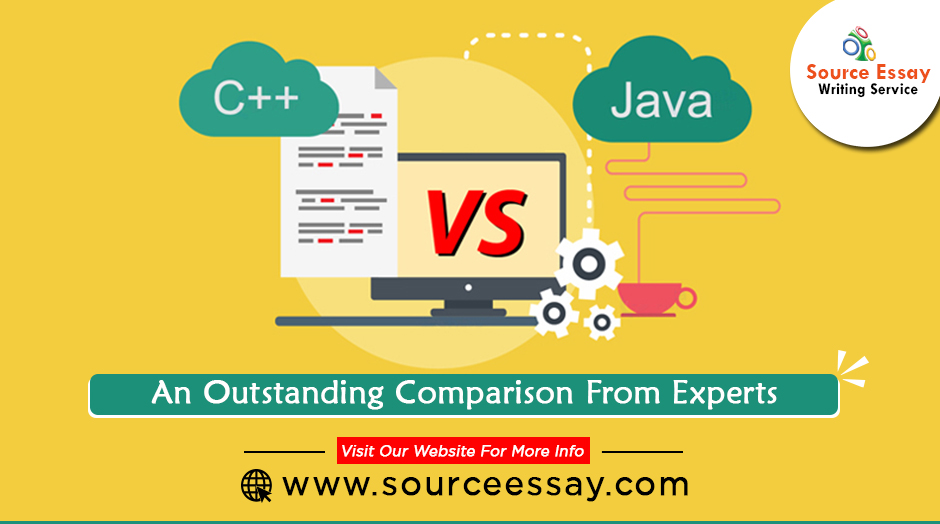 Over the years, it has been highlighted by several researchers both Java and C++ occupying top places if a student plans to learn the coding. Both of them fall under the top 5 programming language categories when it comes to developing processors and proven itself in the course of software development.  Java seems to be a favourite tool of a developer, perfect for embedded systems. In the case of C++, it was not only fast, efficient and general proposer but also share lots of characteristics with Java. It has been found both of them uses the same C language, support primitive types as well as statically typed (Costanza et.al 2019).. But when we account difference, it has evidently accepted by programmers, C++ is not platform neutral whereas Java is. So it can be said, there are numerous features of Java and C++ that both of them shares also there are some distinctive features that draw a line between their efficiency. This article tries to present facets of java and C++, yet significant core points of each programming language illustrated by programming assignment writer.  Herein we try to incorporate all the points of distinction and similarities between languages on the behalf of their structure, purposes and development.

James Gosling at Sun Microsystems was the first person who initiated the Java language project in 1991 for the embedded systems in electronic appliances. The simplest principle behind creating Java accounts simple, robust, portable, platform-independent, high secured, dynamic etc. Their creator used well-known C style syntax to make its base. From initiation to its latest development, there has been a series of Java language launched out of which Java SE 13 is the newest one.This attributed to significant difference of C++ Vs Java when we learn about its origination.

On the other side, if we talk about C++ programming origination, it was created much before Java. Back in 1979, amid working on simula language, Bajarne Stroustrup came to know about a new object-oriented programming language that treats each component separately, then he decided to work on C language amid launched C++ in 1983 that was a variant of C with classes (Cplusplus.com, 2013). The team changed it into C++ in 1983 to represent an advanced operator. Later coming to 1985, C++ was seen use as a commercial product.

According to Tiobe, 2020 stats, Java and C++ falls under top programming language has the same popularity on Google trends. Most of the system that programmed in C language are Microsoft window, Linux, Mac, iOS, windows phone kernels. Adobe products, Mozilla browser are written C++ language takes concepts of object-oriented. It has also found, Java remains in constant trends over 20 years which provides basics front-end development. Yahoo, eBay, Amazon, Wikipedia all these famous giants were developed in Javascript.

From the figure, it can be said Java hold first position (16.89%) resulted from the measurement of the sheer quantity of 25 search engine hits including Google, Bing, Yahoo, Wikipedia, YouTube and Baidu. C++ has the same popularity as C programming language although the index ranking substitutes with (2.5%)( Maria and Kostya 2020). Many essay deutsch believes Java and C++ both are likely to gain popularity right from its development.

C++ Vs Java: Top Difference between Java and C++ With Examples

As Java is known for the foundation for Android development, it is a common language for the app, desktop and web. It is more versatile as a comparison to the C language. Although C++ and Java has similar syntax, they share quite distinct features which you might like to know-

Since information written in C++ has to be compiled at each platform this makes it platform-dependent. Whereas Java is platform-independent that means once it is byte coded, it can be executed from any platform (Upwork, 2016).

It has been examined by several programming online assignment help experts, C++ code is not portable at all. It must be compiled on each platform, on the other side, when Java is translated into byte code, this makes it portable.

C++ memory is more flexible when it is compared with Java. It provides an opportunity to developer to locate the assign values outside the allocated memory resources, but in the long run, it can cause several damages. Java doesn’t provide this facility if you try to locate the assigned value outside the system, it forward an error responds (Laura, 2020). If you want to more about memory management of these languages, you can also go for the Java homework help service rendered by SourceEssay.

C++ has pointers constructs that allow managing values directly from the memory space, whereas Java doesn’t support pointers indicate you can pass the values using references.

Thus it can be inferred from the above-given information, although Java and C++ originated from C programming and has the same syntax, both of them are different in terms of functioning. Like it has been noticed C++ is a compiled language whereas Java is both compile and interpreted both. Java is a portable means can be run in any operating system but in case of C++, it has to be compiled at each platform. Also when it comes to overloading methods, Java doesn’t support it whereas C++ is. Henceforth in spite of sharing numerous features, Java and C++ are different in all the way.