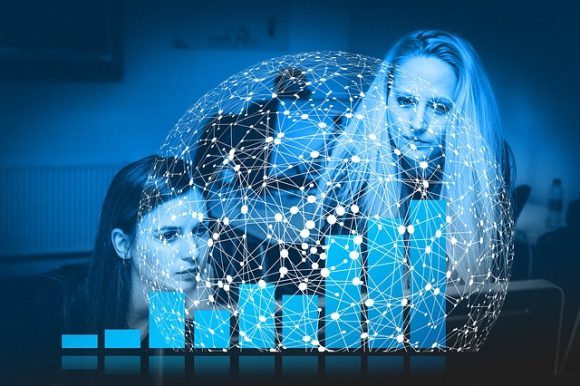 Globalization has become the way to describe changes in the international economy and in world politics. Economists define it as the free movement of goods, services, labor and capital across borders. Globalization is the result of reduced transportation and communication costs, lower trade barriers, growing capital flows, increased competition, standardization, and immigration. This whole process has brought the developing economies closer together and made them more strongly interconnected. There are several evidences on the impact of globalization (trade openness, foreign direct investment and foreign remittances) and economic growth (real GDP growth) on income inequality (Gini-coefficient) within developing nations.

Economic globalization means the ease with which trade, foreign direct investment (FDI), and portfolio investments flow across international borders. Previously, the effect that “economic openness” or “economic globalization” has on income inequality by focusing only on the international mobility of goods and capital integration into the global economy promotes economic growth, which in turn helps to solve problems of poverty, inequality, lack of democracy and pollution, and suggest a considerable reduction in poverty amid globalization, especially in the case of countries like India and China. Between nations income, inequality matters because it constitutes the major portion of global income inequality. Income inequality matters because poverty is largely a problem of distribution, not production. As the growth has outpaced the growth in population over the past two centuries globally, so the average person today is much richer than the average person in the past. But the inequality has remained high in a large number of developing economies.

International trade theory implies that increased trade and foreign investment should make income distribution more equal in poor countries and less equal in rich countries. The effects of openness on income distribution depend on the country’s initial income level. At the very low levels the rich benefit, but the situation changes as income levels rise. During the last 40 years, the world economy has become wealthier; more globally integrated but unequal and polarized sharpening the division between the rich and the poor countries.

One way globalization can increase inequality is through the effects of increasing specialization and trade. A rise in trade-to-GDP ratios signifies an increase in the volume and value of trade between countries and regions. Although trade based on comparative advantage has the potential to stimulate economic growth and lift per capita incomes, it can also lead to a rise in relative poverty.

Globalization can create increased inequality is by increasing the demand for and returns to higher-skilled work and lowering the expected earnings of people in relatively low-skill and low-knowledge jobs. One of the driving forces of foreign direct investment is that resources tend to flow where the unit cost of production is lowest.

In conclusion, it is not predictable that globalization increases inequality of income and wealth. We have seen big changes in the workforce and in earnings between different economies. However, these are not solely the consequence of globalization. One irony of globalization is that it has possibly reduced inequality between countries but increased it within nations. What eventually matters is how governments react to the challenge of refining access to knowledge and skills and in making sure that the benefits from cross-border trade and investment provide enough tax revenues to pay for high quality and affordable public services.